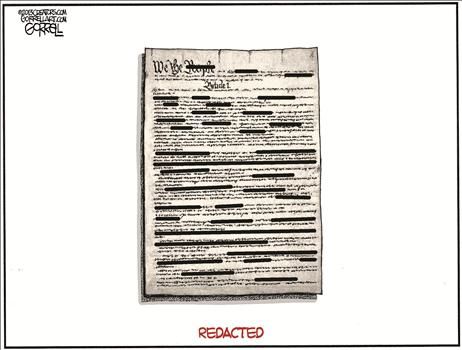 Not Guilty -- Beyond Reasonable Doubt

That the prosecution in the Zimmerman trial asked the judge to allow a verdict of "third-degree murder" -- i.e., child abuse, since Trayvon Martin was 17 -- testifies to the prosecution's failure and panic.
For George Zimmerman's defense has proven, beyond a reasonable doubt, that he shot Trayvon Martin not out of malice, rage or hate -- but in a desperate act of self-defense.
Zimmerman was being beaten "ground-and-pound," mixed martial arts style. His head was being banged on the cement. Screaming again and again for help, he pulled out his gun and fired.
Even the prosecution is now conceding Trayvon might have been on top, and is now scrambling for a compromise verdict on a lesser charge than second-degree murder, a charge that never should have been brought. Indeed, this trial should never have been held.
What we have witnessed in Sanford, Fla., is the prosecution of an innocent man for murder because the politically and socially powerful demanded it.
. View Full Article
Posted by Pappy at 7:53 PM No comments:

The first picture is available of Edward Snowden, the NSA whistle-blower who exposed the extent of domestic and international spying being conducted by the Obama administration, is meeting with members of a variety of human rights organizations, such as Amnesty International, Human Rights Watch, Transparency International and an official with the United Nations High Commissioners for Refugees.


Snowden has also requested temporary asylum from Russia, who has already stated they would not hand him over to the U.S., who has charged Snowden with espionage. The asylum request is an attempt to give Snowden, who has been stuck in limbo in the Moscow airport for weeks, a level of freedom to travel to embassies with the ultimate goal of escaping the U.S. authorities to live in a country that is willing to offer him a permanent safe haven.

Snowden has also issued a statement, via Wikileaks, saying "Hello. My name is Ed Snowden. A little over one month ago, I had family, a home in paradise, and I lived in great comfort. I also had the capability without any warrant to search for, seize, and read your communications. Anyone’s communications at any time. That is the power to change people’s fates.

It is also a serious violation of the law. The 4th and 5th Amendments to the Constitution of my country, Article 12 of the Universal Declaration of Human Rights, and numerous statutes and treaties forbid such systems of massive, pervasive surveillance. While the US Constitution marks these programs as illegal, my government argues that secret court rulings, which the world is not permitted to see, somehow legitimize an illegal affair. These rulings simply corrupt the most basic notion of justice – that it must be seen to be done. The immoral cannot be made moral through the use of secret law.

I believe in the principle declared at Nuremberg in 1945: "Individuals have international duties which transcend the national obligations of obedience. Therefore individual citizens have the duty to violate domestic laws to prevent crimes against peace and humanity from occurring."

Accordingly, I did what I believed right and began a campaign to correct this wrongdoing. I did not seek to enrich myself. I did not seek to sell US secrets. I did not partner with any foreign government to guarantee my safety. Instead, I took what I knew to the public, so what affects all of us can be discussed by all of us in the light of day, and I asked the world for justice.

That moral decision to tell the public about spying that affects all of us has been costly, but it was the right thing to do and I have no regrets."
Full statement here.

Email ThisBlogThis!Share to TwitterShare to FacebookShare to Pinterest
Labels: snowden

On Monday, the Broward County Sheriff's Office in Florida released a public service announcement attempting to convince young people not to riot in case George Zimmerman, the man who shot and killed Trayvon Martin, was acquitted of second-degree murder. That likelihood remains high, thanks to the fact that the prosecution itself was weak and pushed forward by a breathless media desperate for a racial hot point to drive ratings. The sheriff's office announced that it was "working closely with the Sanford Police Department and other local law enforcement agencies" on a "response plan in anticipation of the verdict." Sheriff Scott Israel appeared in a video alongside a rapping duet of two teenagers, one a Hispanic female and another a black male, who tell the public, "Raise your voice, and not your hands! We need to stand together as one, no cuffs, no guns. ... I know your patience will be tested, but law enforcement has your back!"
Despite the passions elicited in both the black community and the white community over Zimmerman, one fact remains clear: Americans are far more concerned with the possibility of a minority riot over Zimmerman's acquittal than they are with the possibility of a white riot over Zimmerman's conviction. That's not unreasonable. Al Sharpton of MSNBC, among others, has threatened civil disobedience in Sanford before, and Americans still remember the Crown Heights riots of 1991, the Los Angeles riots of 1992, the St. Petersburg riots of 1996, the Cincinnati riots of 2001 and the Oakland riots of 2009, among others.
Why, exactly, are Americans so seemingly complacent about the notion of another riot over a case about a Hispanic man shooting a black teenager, presumably in self-defense? It's thanks to a media that continues to maintain the fiction that every case allegedly involving a non-black suspect and a black victim is a test case for American racism. The media pretended that the case against George Zimmerman was unshakeable; it simply wasn't. There wasn't just reasonable doubt about whether Zimmerman engaged in self-defense when he shot Martin, there was virtually zero countervailing credible evidence to the proposition that he shot Martin in self-defense. Furthermore, there was literally zero evidence for the proposition that the shooting was racially motivated, or that the police didn't initially arrest Zimmerman thanks to their institutional racism.View Full Article
Posted by Pappy at 8:29 PM No comments:

Where the heck have I been. I had no idea they had bodies.

EASTER ISLAND HEADS ALSO HAVE BODIES
Posted by Pappy at 1:36 PM No comments:

So if you oppose Obama's liberal agenda you're automatically attacking minorities??

Ed Schultz obviously isn't the sharpest tool in the shed.

This article was posted on facebook, from a website "Mr. Conservative" Know nothing about the author, but I thought was a good read, interesting viewpoint, This could be total B S, but if any part is true it would explain somewhat as to why he is , the way he is. Personally I think he is just an EVIL man, muslim no dought,cares nothing about the USA

Author: Rock Peters
July 7, 2013 4:49pm PST
Who is Barack Hussein Obama, the man in the White House? Without a doubt, Obama is the most  un vetted, unaccomplished, unqualified person to ever to occupy the Oval Office in American history. Bill Clinton (in reference to Obama’s inexperience) is reported to have told Ted Kennedy during the 2008 campaign, “A few years ago this guy (Obama) would have been carrying our bags.” Aside from Obama being completely and totally unqualified to be the leader of the free world do we even know for sure that Obama is mentally stable? Dr. Sam Vaknin the world’s leading expert on narcissism and the author of “Malignant Self Love ” has said that ” Obama’s language, posture and demeanor and the testimonies of his closest, dearest and nearest suggest that Obama is a narcissist or he may have Narcissistic Personality Disorder.” Narcissists have a grandiose, inflated, messiah like self image and cannot stand to be criticized. Obama’s Christ like view of himself is very clearly revealed in his Democratic nomination victory speech in St. Paul, Minnesota on June 3, 2008 in which he tells a worshipping audience, “This was the moment when the rise of the oceans began to slow and our planet began to heal.” Clearly, this is a delusional statement. At the end of Barack’s Super Tuesday speech in Chicago on February 5, 2008 Obama makes another ludicrous and insane pronouncement telling his followers “We are the ones that we have been waiting for.” This is narcissistic double speak; in translation what Obama is really saying is, “I am the one the world has been waiting for.“     read full story 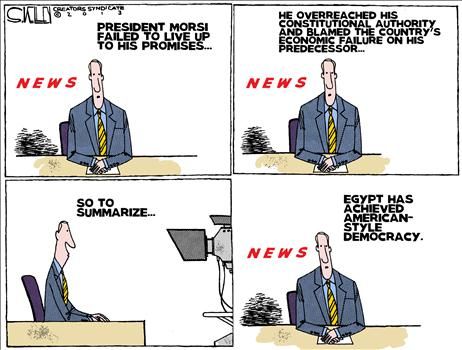 So much for TRANSPARENT government under obama. What could possibly be in those files that you or I can't or shouldn't see ??? Obviously more went on than we were told..... Illegal ops ? Never happened ? 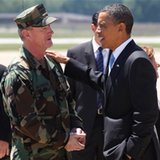 WASHINGTON (AP) — The nation's top special operations commander ordered military files about the Navy SEAL raid on Osama bin Laden's hideout to be purged from Defense Department computers and sent to the CIA, where they could be more easily shielded from ever being made public.

The secret move, described briefly in a draft report by the Pentagon's inspector general, set off no alarms within the Obama administration even though it appears to have sidestepped federal rules and perhaps also the Freedom of Information Act.

An acknowledgement by Adm. William McRaven of his actions was quietly removed from the final version of an inspector general's report published weeks ago. A spokesman for the admiral declined to comment. The CIA, noting that the bin Laden mission was overseen by then-CIA Director Leon Panetta before he became defense secretary, said that the SEALs were effectively assigned to work temporarily for the CIA, which has presidential authority to conduct covert operations.

read full story
Posted by Pappy at 1:00 PM No comments: