If someone asks you the main difference between most Biden supporters and most Trump supporters, instead of stammering and looking for the best answer, just tell them:

I NEVER REALIZED IT WAS THAT SIMPLE.
Posted by Pappy at 9:46 PM No comments:

Email ThisBlogThis!Share to TwitterShare to FacebookShare to Pinterest
On this day, May 12th, 2021.... change my mind:

Soooo......
Israel is on fire, war in the middle east, Major US pipeline hacked, price of everyday goods is skyrocketing, Russia is amassing troops on the border with Ukraine. Ukraine is threatening to take Crimea back by force. China is threatening Taiwan and its neighbors while also threatening our ships and Navy. N Korea is testing missiles again and restarting their nuclear weapons program. Iran has been emboldened and making more than their normal threats.
> Our southern border is a humanitarian disaster caused directly by this administration, and the administration that promised transparency is hiding it and not letting the media have access. Ford is closing a plant and moving it to Mexico after just bringing it back from Mexico because of the current Administration’s plan for Increased taxes.
> Price of steel up 145%,
> Lumber 126%,
> Wheat up 25%,
> Food index up 25%,
> Cotton 35%,
> Silver 38%,
> Copper 50%,
> Soybeans 71%,
> Oil 80%,
> Pipeline jobs lost.
> Wall construction jobs lost.
> 1.9 trillion in stimulus that funds the administrations pet projects and only paid a fraction to the people.
> 29 trillion in debt with 4.8 trillion projected 2021 deficit before the 2 trillion dollar stimulus proposed today for the new green deal.
> 9+% unemployment with millions of job openings that can’t be filled because federal unemployment assistance makes it more advantageous for people to stay home than work.
> All in the first 70 days. The current president is a disaster hold on tight the next 4 years are going to be a rough ride. All I'm saying is...Biden supporters aren’t posting very much about the great things he’s doing or saying I’m proud I voted for Joe. If so let’s hear it…
Posted by Pappy at 9:35 PM No comments:

As many as 60% of ballots with machine-made or handmade folds were improperly counted by the town’s four scanning machines, Harri Hursti, one of three auditors selected for the process, told the New Hampshire Union Leader on Monday.

“The error rate was way higher than we expected,” Hursti said.

(TheLibertyRevolution.com)- Speaker Nancy Pelosi has refused to thus far change the House’s rules in regards to mask wearing, and Republicans are having none of it

After the Centers for Disease Control and Prevention released guidance last week that said fully vaccinated individuals could safely go without a mask both indoors and out, many states and places of business removed their mask mandates.

But, the House has been slow to follow suit, and has kept their mask mandate in place. Pelosi only relaxed the rules for wearing masks, allowing House members to take off their mask only when they were recognized by the Speaker to speak on the House floor.

Over in the upper chamber of Congress, the Senate has no mask rule. Earlier this week, Senators from both sides of the political aisle ditched their masks in light of the CDC’s new rules.

Even the White House has lifted its own requirement for people to wear masks. Fully vaccinated individuals are allowed to go without a mask in the White House. Pelosi, though, has decided to take a completely different route.

Earlier this week, a group of Republicans refused to follow the rules Pelosi set. At least one member of the GOP was threatened with a fine if they didn’t comply.

Florida Representative Brian Mast was approached by a staff member of the House Sergeant at Arms about why he wasn’t wearing a mask. Mast said he wouldn’t be wearing one, at which time the staff member he could face a fine for not doing so.

Ultimately, Mast was indeed levied a $500 fine for refusing to wear a mask. Mast has told Fox News that he is already fully vaccinated, and therefore wouldn’t need to wear a mask, according to the CDC’s new guidelines.

Later on Tuesday, several GOP House members could be seen without a mask. Georgia Representative Marjorie Taylor Greene even tweeted a selfie she took with three other maskless GOP representatives, writing:

“Masks are oppressive and nothing but a political tool. End the oppression! #FreeYourFace”

Mast said that he was further accosted by a Democrat on Tuesday, saying someone approached him and a group of Republicans who weren’t wearing a mask. She told the group they should be ashamed of themselves. As Mast said:

“I can’t give you her name because she had a mask on. I didn’t know exactly who she was. She was saying we should all be ashamed of ourselves and started yelling at us, and then told us all to get out of her face even though we weren’t really talking to her.

“Speaker Pelosi, in my opinion, only wants it done where people can see you on TV.”

What Mast was referring to is the fact that face coverings are not required in private meetings, in the House gym or in any other areas of Congress.

Republican Representative Bob Gibbs, from Ohio, led a team of 30 GOP members of the House in urging Pelosi to return the chamber to normal voting procedures and also lift the mask mandate following the CDC’s guidance. He tweeted recently:

“The @CDCgov guidance today shows its (sic) time for Congress to practice what it preaches. There is no reason the House of Representatives should not be fully open and returned to normal operations. Enough with the Mark-erpiece Theater.”
Posted by Pappy at 8:39 PM No comments:

‘We won’t be intimidated,’ and ‘yes, we have guns’: Kelley Paul slams critics advocating violence against her family   Andrew Mark Miller 1 hr ago 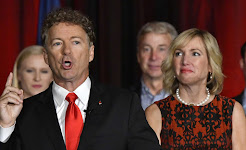 “I got the death threat letter and called the FBI,” Kelley Paul said in a Twitter thread Monday. “This kind of violent threat is fomented against Rand daily by @ReallyAmerican1, a Dem PAC that pays thugs like @mmpadellan to celebrate the assault that nearly killed Rand. @DNC ignores. @richardmarx was inciting more violence.”

Earlier this week, an envelope with white powder and a death threat was sent to the Pauls Kentucky home.

“Just this weekend,” Paul continued. “For years people like @BetteMidler have cheered Rand’s horrific attack and serious injuries. The former teacher of the year @RodRobinsonRVA tweeted that Rand’s attacker was a 'hero' and urged Mitch McConnell’s neighbors to 'step up'. Why is he still teaching?”
Paul, who has been married to Sen. Paul for over 30 years and has three children with him, added that she is fed up with violent vitriol being espoused by those with “empathy” and “compassion” in their social media bios and warned that the family is armed.

“Rand will continue to stand up for our constitutionally protected liberties,” she said. “He will keep questioning the ‘experts.’ We won’t be intimidated. And yes, we have guns.”

Hurt: Americans looking toward guns for safety as Dems call them the problem 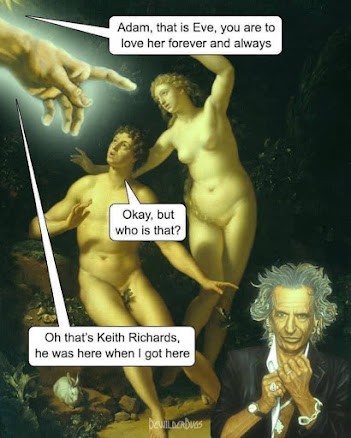 IF THERE'S ANYTHING LEFT OF IT AFTER BIDEN GETS DONE...!! 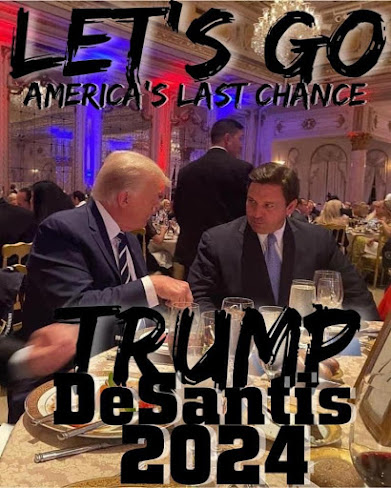 Email ThisBlogThis!Share to TwitterShare to FacebookShare to Pinterest
Judicial Watch  And we're still pushing for answers....TF 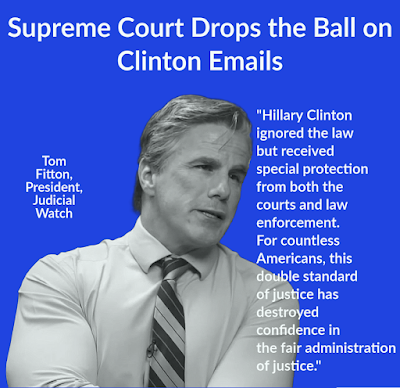 Tom Fitton   March 29 ·2021  Supreme Court Drops the Ball...Again.
I issued the following statement in response to the United States Supreme Court’s refusal to grant cert to Judicial Watch’s challenge to an appeals court decision exempting Hillary Clinton from testifying under oath about her emails and Benghazi attack documents:
"Hillary Clinton ignored the law but received special protection from both the courts and law enforcement. For countless Americans, this double standard of justice has destroyed confidence in the fair administration of justice. Americans would never have known about Hillary Clinton’s email and related pay for play scandals but for Judicial Watch’s diligence. We expect that the Biden State and Justice Departments will continue to protect her and cover up their own misconduct as we press for additional accountability through the courts."
Judicial Watch argued that the Supreme Court should hear its case because the U.S. Court of Appeals for the District of Columbia Circuit erred in undermining the Freedom of Information Act in giving Clinton unwarranted special treatment that conflicts both with Supreme Court precedent and the precedents of other courts of appeal, including its own.
The cert petition arose from the Judicial Watch Freedom of Information Act (FOIA) lawsuit (Judicial Watch v. U.S. Department of State (No. 1:14-cv-01242), which led directly to the disclosure of Clinton’s use of a nongovernment email server to conduct government business. On March 2, 2020, U.S. District Court Judge Royce Lamberth authorized Judicial Watch to depose Clinton about her emails and the existence of relevant Benghazi attack documents. The court also ordered the deposition of Clinton’s former Chief of Staff, Cheryl Mills, and two other State Department officials.
https://www.judicialwatch.org/press.../hrc-scotus-refusal/
Posted by Pappy at 5:26 PM No comments: