Email ThisBlogThis!Share to TwitterShare to FacebookShare to Pinterest
Last week it was revealed Ohr was concerned the firing of former FBI director James Comey would "expose" a scheme between DOJ and Steele. 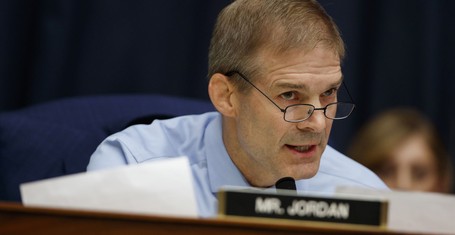 During a short interview this morning Congressman Jim Jordan, who has been at the forefront of exposing Fusion GPS ties to the Obama Justice Department, previewed some of the questions lawmakers are looking to ask."I want to know who at DOJ knew," Jordan said. "We have lots of questions
READ MORE
Posted by Pappy at 6:58 PM No comments:

It’s a bit odd given that three-fourths of their audience probably only watch CNN because they’re at the airport. Heck, and I know we’ve mentioned this a lot, they couldn’t accurately report on President Trump feeding koi fish with the Japanese Prime Minister Shinzo Abe. It’s a photo op where two men were feeding fish—and they botched that. They botched what they described as another big Russia collusion scoop in December, where apparently reporters at CNN couldn’t read time stamps properly.
Then-candidate Donald Trump, his son, Donald Jr., and key members of his inner circle received a decryption key via email from a donor to the trove of emails that would be unveiled by Wikileaks in September of 2016. Gasp! Collusion! Scandal! Nope—the email was sent on September 14, 2016, one day later after all of the emails were made public. CNN thought it was sent on September 4. Say it with me now: Wrong.


Well, their latest screw up is just as epic. Remember this story about Trump’s former personal lawyer Michael Cohen saying he knew that Trump was aware of the 2016meeting his son took with some Russians at Trump Tower, which turned out to be a big waste of time in which nothing of any importance was divulged. Yeah, CNN was on it last July [emphasis mine]:

Michael Cohen, President Donald Trump's former personal attorney, claims that then-candidate Trump knew in advance about the June 2016 meeting in Trump Tower in which Russians were expected to offer his campaign dirt on Hillary Clinton, sources with knowledge tell CNN. Cohen is willing to make that assertion to special counsel Robert Mueller, the sources said.

Cohen's claim would contradict repeated denials by Trump, Donald Trump Jr., their lawyers and other administration officials who have said that the President knew nothing about the Trump Tower meeting until he was approached about it by The New York Times in July 2017.

Cohen alleges that he was present, along with several others, when Trump was informed of the Russians' offer by Trump Jr. By Cohen's account, Trump approved going ahead with the meeting with the Russians, according to sources.

To be clear, these sources said Cohen does not have evidence, such as audio recordings, to corroborate his claim, but he is willing to attest to his account.

Email ThisBlogThis!Share to TwitterShare to FacebookShare to Pinterest
Obama broke over 30 laws and not one person said impeach. I guess Obama the traitor can break laws, but our President Trump cannot tweet a message without The Corrupt Democrats wanting him impeached.
Unfortunately, since President Trump is the man in the White House it looks like “impeach!” is Democrat’s favorite world! After the New York Times claimed a memo written by former FBI Director James Comey said the president urged him to end the federal investigation into former national security adviser Michael Flynn, Democrats became, even more, louder in their demands for impeachment for our President.
That is why some members of Congress including Reps. Maxine Water, D-Calif., and Al Green, D-Texas are getting in on the action.
1.Obama’s Iran nuke deal 2.Obama knew about Hillary’s private email server 3.Obama IRS targets conservatives 4.Obama’s DOJ spied on AP reporters 5.Obamacare & Obama’s false promises 6.Illegal-alien amnesty by executive order 7.Benghazi-gate 8.Operation Fast & Furious 9.5 Taliban leaders for Bergdahl 10.Extortion 17 11.‘Recess ‘ appointments – when Senate was in session 12.Appointment of ‘czars’ without Senate approval 13.Suing Arizona for enforcing federal law 14.Refusal to defend Defense of Marriage Act 15.Illegally conducting war against Libya 16.NSA: Spying on Americans 17.Muslim Brotherhood ties 18.Miriam Carey 19.Birth certificate 20.Executive orders 21.Solyndra and the lost $535 million 22.Egypt 23.Cap & Trade: When in doubt, bypass Congress 24.Refusal to prosecute New Black Panthers 25.Obama’s U.S. citizen ‘hit list’
READ MORE
Posted by Pappy at 4:24 PM No comments:

You don't have to think hard....just casually think about it.....IT WILL COME TO YOU !

Interesting how Dems and Schumer are eulogizing Sen  McCain... as if he was one of them
Posted by Pappy at 10:25 AM No comments:

ALL POLITITIONS SHOULD HAVE TO WEAR BLACK OR WHITE HATS, SO YOU CAN TELL THE "GOOD GUYS" FROM THE "BAD GUYS"....( kinda like the old westerns)