When did the U.S. Congress get elected to represent ILLEGAL ALIENS as opposed to representing American Citizens?
Posted by Pappy at 3:01 PM No comments:

"They would march to resurrect Charles Manson if it meant they could whine about Trump. Pathetic, insipid, and ultimately comical." - Candace Owens
LOL! These are my favorite kind of videos. At the root of all these "protests" is a senseless and blind hatred for Donald J. Trump. 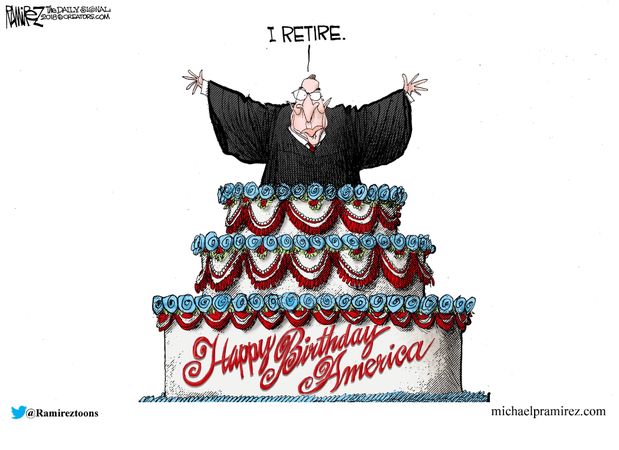 A Federal Judge ruled that special Counsel Robert Mueller must identify individuals, previously unnamed, in his indictment of Paul Manafort. Manafort and his aide, Konstantin Kilimnik were indicted last week on charges relating to lobbying work with Ukraine. Mueller accused them of obstructing justice and witness tampering

The Hill reports on the stunning rebuke:


“Judge Amy Berman Jackson ordered Mueller to turn over the names of several individuals and organizations, including European politicians and other Manafort contacts, to Manafort’s attorneys, according to court documents and reports by Politico.
“The New York Times reported last week that two veteran journalists told Mueller that Manafort attempted to contact them and tried to shape their testimony. Three Times sources identified the journalists as Alan Friedman and Eckart Sager. Mueller’s indictment did not name the witnesses that Manafort and Kilimnik allegedly contacted. Jackson’s ruling comes in response to a motion from Manafort’s team seeking more information on the superseding indictment.

“Jackson wrote that Mueller turning over the information will help Manafort prepare for a “complex” trial, which is expected in September.
“'[The] defendant is obliged to prepare for a complex trial with a voluminous record within a relatively short period of time, and he should not have to be surprised at a later point by the addition of a new name or allegation,’ she wrote.”

Manafort has pleaded not guilty.
Posted by Pappy at 10:25 PM No comments:

Email ThisBlogThis!Share to TwitterShare to FacebookShare to Pinterest
Trey Gowdy Turned The Mueller Investigation Upside Down With This Speech

Deputy Attorney General Rod Rosenstein is a central player in the Deep State coup against Donald Trump.Rosenstein is overseeing the appointed Robert Mueller counsel and is overseeing the Russia investigation. The Deputy Attorney General testified before Congress and Trey Gowdy turned the investigation upside down with one speech.Republicans had begun to question Gowdy when the South Carolina Congressman defended the FBI for implanting a spy in the Trump campaign.But then Department of Justice Inspector General Michael Horowitz released his findings and Gowdy was appalled.Horowitz found that former Director James Comey was insubordinate and at least five high ranking FBI officials who worked on the Clinton email and Russia investigations harbored deep seeded hatred for then candidate Donald Trump.The report singled out FBI agent Peter Strzok – who ran the Russia investigation – for his conduct.Strzok had sent text messages assuring another agent, whom he was having an affair with, that the FBI would “stop” Donald Trump.This chilling text message to use the investigative powers of the FBI to rig the 2016 election made it abundantly clear what Strzok and Page meant in a previously released text message where they referred to the Russia investigation as “an insurance policy.”And Gowdy was loaded for bear when Rosenstein appeared before the House to defend the Bureau’s conduct and the Mueller witch hunt.The South Carolina Congressman proceeded to launch into a fire and brimstone speech that immediately went viral on social media.
Gowdy declared that Strzok was obviously biased because, “He was talking about impeachment within three days of Special Counsel Robert Mueller being appointed. Three days! That’s even quicker than MSNBC and the Democrats were talking about impeaching.”
The South Carolina Congressman continued to lace into Rosenstein for overseeing an investigation that was infected from top to bottom with political bias against Donald Trump:

“We’re a year and a half into the Presidency. We’re over a year in the special counsel. You have a counterintelligence investigation that has become public. You have a political investigation that has become political. You have more bias than I have ever seen manifest at a law enforcement officer in the 20 years I used to do it for a living. And for other DOJ employees who had manifest animus toward the person they were supposed to be neutrally and detachedly investigating.”

Gowdy then laid into the Democrats for perverting the Justice System’s presumption of innocence and exploiting the Mueller probe for political gain:

“Democrats are using this investigation as a presumption of guilt, which I find astonishing and in the long for the health of this Republic I would encourage them to go back to the presumption of innocence that we used to hold sacred.  There is a desire by Democrat Senators to fundraise off your investigation. “

The public shaming of Rosenstein continued when Gowdy detailed how Democrats already jumped at using the investigation to push for impeachment even though no findings have been reached.
“More than 60 Democrats have already voted to proceed with impeachment before Robert Mueller found a single solitary damn thing,” Gowdy roared.
You can watch Gowdy’s complete speech below:

Gowdy’s speech rocketed around the internet because he gave voice to the millions of Americans who are fed up with the Mueller witch hunt being nothing more than a political football for the anti-Trump “resistance.”
Posted by Pappy at 8:57 PM No comments: