Reuters) - An 8-year-old Maryland boy who was suspended from school for nibbling a pastry snack into the shape of a gun has been given a junior membership in the National Rifle Association.After hearing about Josh Welch's suspension from Park Elementary School in Anne Arundel County, a state legislator paid $550 to buy him a Junior Life Membership in the NRA, Welch's lawyer said on Thursday.
"I was embarrassed that my county would do that to him," said Nicholaus Kipke, leader of the Republican minority in the lower house of the Maryland legislature. He presented the gift to the second-grader Wednesday night.
The boy's lawyer, Robin Ficker, said he is appealing the two-day school suspension that started on March 1 when Welch ate away part of his Pop-Tart during class snack time so that it resembled a gun shape.
In the appeal, Ficker included pictures of the U.S. states of Idaho and Florida because "they look more like guns than Josh's Pop-Tart."
The Anne Arundel County Public Schools spokesman, Bob Mosier, declined to comment on the status of the appeal.
Ficker said the NRA membership gift was a great idea for the boy, who "is a good kid, a little rambunctious," because it would teach him proper handling of firearms. He said the boy's family does not own guns and the boy has never handled a gun.

Topless Crusader Causes Quite A Stir In Philadelphia

PHILADELPHIA - It's one thing to shed your clothes when it gets hot in the city, but one woman is taking it to an entirely different level.
Meet Moira Johnston of Havertown She is wearing jeans and shoes, but no shirt.
As she sits topless in Rittenhouse Square, Moira tells Fox 29's Chris O'Connell that she a women's rights activist.  she walks around Philly and New York topless - to prove her point.
"I want to make people feel they have freedom over their own body and we don't have to be ashamed of our body."
This is certainly getting her lots of attention.  Men and woman stared.  Some in disbelief, some giggled.  She even posed for a few pictures.
Along with the attention, comes some trouble with the law. She was detained and handcuffed on Sunday.  "The police officer was trying to tell me if I want to look like this I have to be at a strip club"
Moira was given a citation for failure to disburse, not for nudity.  Why?  Because she was wearing pasties, so "technically" she was not nude.
"Basically I was saying I'm not doing anything illegal. and I'm just sitting here topless with my nipples covered"
We asked Johnston is this something kids should see?
"Since I don't view them as being exclusively sexual I don't think that they're harmful to see," she replied.
Johnston says she'll continue here topless crusade.  In the meantime,  Philadelphia police and the district attorney's office are still looking into the legality of her topless protest.
Posted by Pappy at 6:40 PM No comments:

THE ADMINISTRATIONS POLITICAL TACTICS ARE STRAIGHT OUT OF THE DAILY PLAYBOOK

The scandals swirling around the Obama administration have many journalists scratching their heads as to how "hope and change" seem to have been supplanted by "arrogance and fear" . Perhaps it's time they revisit one of their original premises about barack Obama: that he wasn't influenced by the Chicago Daley machine, Tou know: the machine that boosted his career and whose protégés =including Valerie Jarrett, David Axelrod, Rahm Emanuel and his wife, Michelle-- he brought to Washington with him. .read story
Posted by Pappy at 11:25 PM No comments:

This is the sort of upside down world that gives every lawyer, every court, and every politician in charge of them a bad name. A woman whose husband was shot and killed as he committed a robbery is now suing the store clerk that shot him. Yes, you read that right. The criminal is claiming the endangered citizen is the one in the wrong.
The robber, a scum-bag named Ramon Sedillo, tried to rob a New Mexico tobacco shop where clerk Matthew Beasley was working. Sedillo had a gun but when he set out to perpetrate his crime he quickly found out that Beasley had a gun of his own. Beasley fired first and shot the criminal dead in his tracks.
It was a well deserved ending to Sedillo’s useless life.

But now the scum-bag’s wife, Mallory Sedillo, is suing the store clerk for shooting her scum-bag husband.
(You may also be interested in: Gun Control Bill FAILS in OBAMA’S LIBERAL HOME STATE)
So, the guy who used his firearm to save his own life… he’s the bad guy here?
According to Sedillo’s ambulance-chasing, low-life attorney Amavalise Jaramillo, yes, the guy trying to protect his own life and property is the real criminal.
Here is the perversion of moral truth that the attorney says serves as the basis for his lawsuit:


“He had no basis to believe that his life was in danger. Most robberies end with an attempt to get money. They really don’t kill the clerks.”

So, in the attorney’s hindsight guesstimation, the store clerk should have looked criminal Sedillo’s gun being waved in his face and said to himself, “aw, he won’t shoot me! Why hardly any robbers shoot the store clerks.”
Uh, no, the store clerk did the right thing. He blasted Ramon Sedillio into the after life where he belongs.

Of course, the fact is this sort of situation is one of the reasons that we have a natural right to self-protection, as our founders well understood. This store clerk had every reason to believe this less-than-human robber meant to kill while committing his crime. The clerk had every right in the world, both legally and morally, to kill Ramon Sedillo.
Maybe this is why sheriffs in New York and Colorado, among other states, are beginning to speak out against the anti-gun lobby in this country. They understand that we, each of us, are responsible for our own safety.
Posted by Pappy at 10:29 PM No comments:

School Panics Over Tiny Toy Gun
By Todd Starnes May 29, 2013

A tiny toy gun no larger than a quarter caused an uproar at a Massachusetts elementary school leading educators to send home a letter to parents assuring them their children were not in danger.
“I think they overreacted totally,” said Mieke Crane, the mother of a 6-year-old kindergartner at the center of the controversy. “I totally do.”
On Friday her son boarded a school bus bound for Old Mill Pond Elementary School in the town of Palmer. At some point the boy showed his friend a one-inch long toy gun – an accessory for a G.I. Joe-type action figure.

Superintendent of Schools Thomas Charko told Fox News the other boy raised his hand and told the bus driver that his friend had a gun.
“The bus driver called for the gun to be brought up to her,” Charko said. “She took it and that ended that. The two boys went back to their seat and the ride was finished.”
The superintendent said that should have ended the incident – but it did not.      full story

President Obama has declared war on traditional American values. Stay informed with Todd’s American Dispatch – a free resource for patriots. Click here to get your copy!

OBJECTIVE
Let me be clear, my objective in sharing prior knowledge of a mass casualty terror drill is to prevent criminal elements in the government from taking this drill live at the jamboree. I want the good people in government to feel confident in maintaining accountability over one another. As an Eagle scout myself, I want the scouts to have a great jamboree.

I have been on the phone with two reliable sources connected with military and a well known private investigative network. The military source decided to come forward because of the Boston bombing and the evidence that it was staged by the FBI.  The source provided information regarding a July FEMA mass casualty terror drill that has been kept a secret from the public. As I've previously said, it is not the announced FEMA/DHS/FBI terror drills that concern me, it is the unannounced drills that go live like Boston that concern me because real people can and do die. The source indicated that we need
to scrutinize the National Scout Jamboree 2013 for a possible mass government staged false flag attack.
.read story

BOOM!!!! Other Benghazi Shoe To Drop…GUNRUNNING – “Devastating to Obama and Hillary”

by Ulsterman on May 21, 2013 with 24 Comments in News
As the nation prays for the people decimated by the OKLAHOMA tornadoes 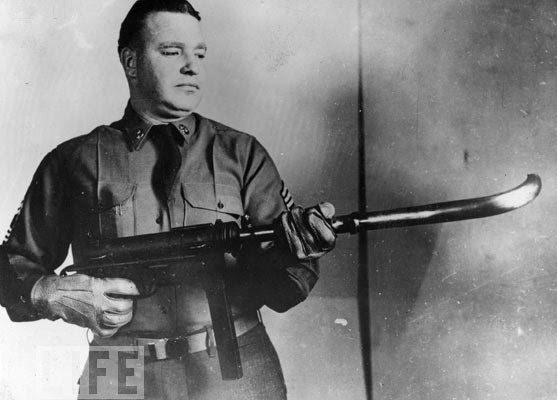 STRANGE THESE TWO POSTS WERE ONE UNDER THE OTHER ON FACEBOOK

A former officer on the run from the law is shot and killed by police following a day-long manhunt.

REMEMBER THE REASON FOR THE MEMORIAL DAY HOLIDAY

Memorial day is when we honor those brave men and women who gave the ultimate sacrifice to protect our freedom while serving this great country .
They shall not be forgotten !