Not confirmed yet by media (msm) 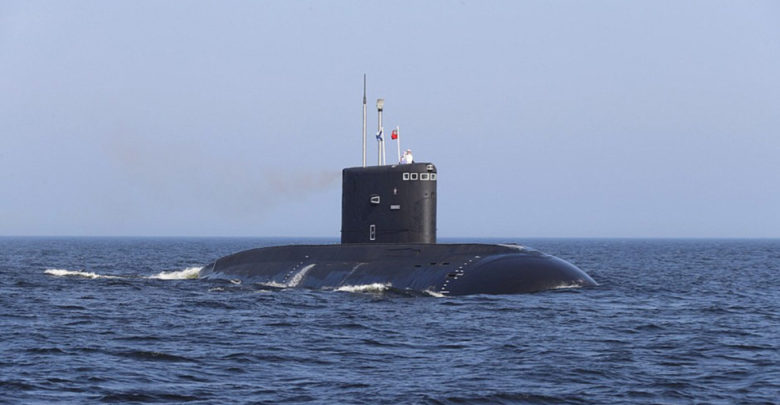 Conservative Daily Briefing has learned from United States Intelligence Sources that a Russian escort submarine fired on and sank an American nuclear submarine earlier this week off the coast of Alaska.

On Tuesday, Vice President was about to take off for a campaign event in New Hampshire when he was immediately summoned back to the White House by President Trump without an explanation for the media.

Russian President Vladimir Putin canceled an engagement and headed for the Kremlin to confer with Defense Minister Sergei Shoigu and military chiefs, after learning that 14 submariners died in a fire that broke out on a nuclear-powered “experimental submarine in Russian waters.

This story is still developing so the fire onboard the Russian escort sub may or may not be related to the sinking of the American submarine. No reports yet on casualties or the name of the submarine have been given as of now.
READ ON

Vice-President Michael Pence has been ORDERED to return immediately to the White House for an unspecified emergency.
READ HAL...

WHY LISTEN TO HAL ??


Hal Turner is the ONLY living American media member IMPRISONED for writing an Editorial the Obama Regime didn't like.
The ONLY other American media member EVER imprisoned for an Editorial was Benjamin Franklin-Bache, grandson of Benjamin Franklin in the year 1798, which talked about the Alien and Sedition Act.  He died of Yellow Fever while awaiting trial.
Thus, you should pay very close attention to what Hal says because the federal government is so fearful of his words, you just KNOW he's telling the truth!
Every Wednesday evening from 9:00-11:00 eastern US time, (GMT -0500), Hal Turner brings American-style talk-radio to countries around the world, live. Through the facilities of High-Frequency (HF) International stations WBCQ (50,000 watts) and WRMI (100,000 watts) his show is heard in all of North America, entire continental US and eastern Alaska, ALL of: CANADA, Greenland, Iceland, much of the UK, all of Mexico, central and South America, sometimes in Japan and Australia, New Zealand, the entire Caribbean and often in Western Europe; UK, France, Spain, Germany, Norway, Sweden and Finland!
HF is such that the signal coverage is affected by the ionosphere in our upper atmosphere, so while coverage of North America is virtually guaranteed, the other nations mentioned may have sporadic reception.
The show is also heard on regular AM radio via KYAH 540-AM "Utah's Talk Authority"
Posted by Pappy at 9:47 PM 1 comment: