I am rather ill, so I am going to refrain from posting for a while longer....Please bear with me..Pappy

‘Tucker Carlson Tonight’ host examines the consequences of ‘negligence’ in leadership. #FoxNews #Tucker
Posted by Pappy at 8:47 PM No comments:

Fox News host Tucker Carlson held Senator Ted Cruz’s feet to the fire after the Texas Republican described the January 6 riot at the Capitol as a “terrorist” attack.

Cruz inexplicably engaged in the type of hyperbolic wordplay that Democrats are known for in describing the events of that day.

“We are approaching a solemn anniversary this week,” he said.

“And it is an anniversary of a violent terrorist attack on the Capitol, where we saw the men and women of law enforcement demonstrate incredible courage, incredible bravery — risk their lives for the Capitol,” added Cruz.

Carlson took exception to that characterization.
The Recount
@therecount
Sen. Ted Cruz (R-TX) calls today a “solemn anniversary” of “a violent terrorist attack on the Capitol.” Interesting that Cruz doesn't specify who the terrorists in this case were.
READ MORE
Posted by Pappy at 2:22 PM 1 comment: 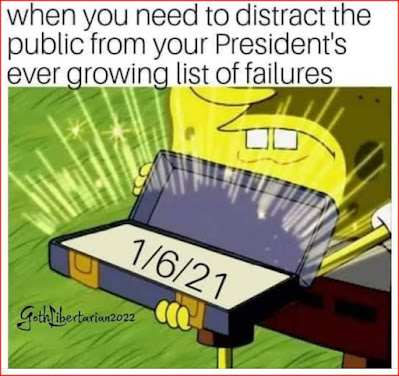 With President Biden failing miserably in his first year in office, the Democrats are using today’s anniversary of the January 6th Capitol protests to blame former President Donald Trump and his supporters for their “insurrection.”
What is not getting coverage in the mainstream media is the fact that President Trump (at the time) had requested for the national guard to be called up days before, but Speaker Nancy Pelosi and Capitol police refused to take the help, allowing for embedded ANTIFA radicals to enter the Capitol building on the 6th.

There are some conservatives who are speaking out reminding America of who is responsible for January 6th. Rep. Elise Stefanik (R-NY) asserted that House Speaker Nancy Pelosi (D-CA) shared blame for the riot that occurred on January 6 at the U.S. Capitol.

Stefanik, who serves as House GOP Conference chair, released a statement on the eve of the Capitol breach’s anniversary, thanking law enforcement for their work to control the riotous behavior but condemning Pelosi for ultimately being the one “responsible” for leaving the Capitol prone to attack.
READ ON
Posted by Pappy at 8:13 PM No comments:

Email ThisBlogThis!Share to TwitterShare to FacebookShare to Pinterest
Trump Slams Biden’s Jan 6th Speech: “This Political Theater Is All Just a Distraction for the Fact Biden Has Completely and Totally Failed”  by Eric Thompson about an hour ago 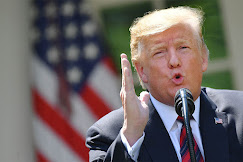 The corporate media has been ramping up their coverage of the one-year anniversary of the January 6th Capitol Hill riots, hoping to hurt Trump’s chances of running again in 2024 while stopping the declining polling for Democrats, especially President Joe Biden.

An hour before Biden’s scheduled speech, which the advance copy showed he would blame Mr. Trump for the “insurrection”, Trump issued the following brief comment:

Due to inept leadership that gave us open borders, COVID incompetence, loss of energy independence, a military in chaos, rampant inflation, corrupt elections, and lack of world standing, our Nation, perhaps for the first time, has lost its confidence!

Later in the day, in response to President Joe Biden’s morning address, Trump released a blistering statement, calling his successor’s remarks “political theater” and an attempt to distract from how Biden has “failed.”

This political theater is all just a distraction for the fact Biden has completely and totally failed. Our Country no longer has Borders, has totally and completely lost control of Covid (record numbers!), is no longer Energy Independent, Inflation is rampant, our Military is in chaos, and our exit, or surrender, from Afghanistan was perhaps the most embarrassing day in the long and distinguished history of the United States—and so much more.

Why is it that the Unselect Committee of totally partisan political hacks, whose judgment has long ago been made, not discussing the rigged Presidential Election of 2020? It’s because they don’t have the answers or justifications for what happened. They got away with something, and it is leading to our Country’s destruction.

READ MORE
Posted by Pappy at 8:01 PM No comments:

Not Happening! Senator
Joe Manchin Tells Demo-
crats To Pound Sand On Spending Bill And
Filibuster Change
Following the two Georgia
U.S. Senate run-off
elections both going to the Democratic
candidates, it appeared the left had an open
road
READ HERE
Posted by Pappy at 7:28 PM No comments:

Vice President Kamala Harris, in a speech on the anniversary of the January 6 riot at the Capitol, compared the incident to other dates that “echo throughout history” such as Pearl Harbor and 9/11.

Actually, she didn’t compare the dates, she equated them.

“Certain dates echo throughout history, including dates that instantly remind all who have lived through them where they were, and what they were doing, when our democracy came under assault,” Harris said.