Was going to fly to Florida, glad I didn't...was happy to see these two flags flying right alongside I-95 in Virginia, made my drive worthwhile, Warmed my heart

READ MORE
Posted by Pappy at 11:34 PM No comments:

Email ThisBlogThis!Share to TwitterShare to FacebookShare to Pinterest
Priebus Won't Turn RNC Over to Trump If He Wins

If Donald Trump wins the Republican presidential nomination this summer, Republican National Committee chairman Reince Priebus is vowing not to give the billionaire's campaign control over the party leading up to the November election, according to a report in The New York Times.
The Times said Priebus "has also let it be known that he does not plan to let the Trump campaign take over the party apparatus if he captures the nomination.
"At an off-the-record happy hour with reporters last week, Mr. Priebus said clearly that, regardless of precedent, he would not be layered over by Mr. Trump's loyalists, according to two people present."

obama, criticising anyones foreign policy knowlege is a joke....WHAT DOES HE KNOW ?, except to bow and apologize to foreign leaders and draw meaningless "red lines" in the sand !!!

Obama: Trump doesn't understand foreign policy or the world
USA TODAY
President Obama said Friday that Donald Trump doesn't understand foreign policy or the world in general, and U.S. allies are increasingly concerned about the Republican front-runner's loose rhetoric about nuclear weapons.
"People pay attention to American elections," Obama said at a news conference following the bi-annual Nuclear Security Summit in Washington, adding that the topic of Trump surfaced on the sidelines of those meetings. "What we do is really important to the rest of the world."
Trump has said the United States is spending too much on defense assistance to a host of nations, from NATO allies in Europe to Japan and South Korea in Asia. The New York billionaire said these nations should spend more on their own defense, including the development of nuclear weapons if necessary.
The candidate making these kinds of statements "doesn’t know much about foreign policy or nuclear policy or the Korean peninsula, or the world generally," Obama said.

Suggested from Windows Store
Obama said U.S. alliances — many dating from World War II — have promoted peace and prosperity for decades. Those alliances, he said, involve extensive national interests, such as the cooperation with Japan and South Korea in confronting the threats of nuclear-armed North Korea, one of the subjects of the Nuclear Security Summit.

© Andrew Harrer President Barack Obama arrives to speak during a closing session at the Nuclear Security Summit on April 1, 2016, in Washington, D.C.
Trump has said that Japan and South Korea might want to develop their own nuclear weapons to counter North Korea, an idea that Obama administration officials said would promote dangerous nuclear proliferation.
While not specifying which countries at the summit expressed concerns about Trump, Obama said that even nations who are used to "a carnival atmosphere" in their own politics "want sobriety and clarity when it comes to U.S. elections."
He added: "They understand the president of the United States needs to know what's going on around the world."
On a related election issue, Obama declined to say whether he voted for Hillary Clinton or Bernie Sanders in the recent Illinois Democratic primary.
"It's a secret ballot, isn't it?" Obama said.
Posted by Pappy at 10:49 PM No comments: 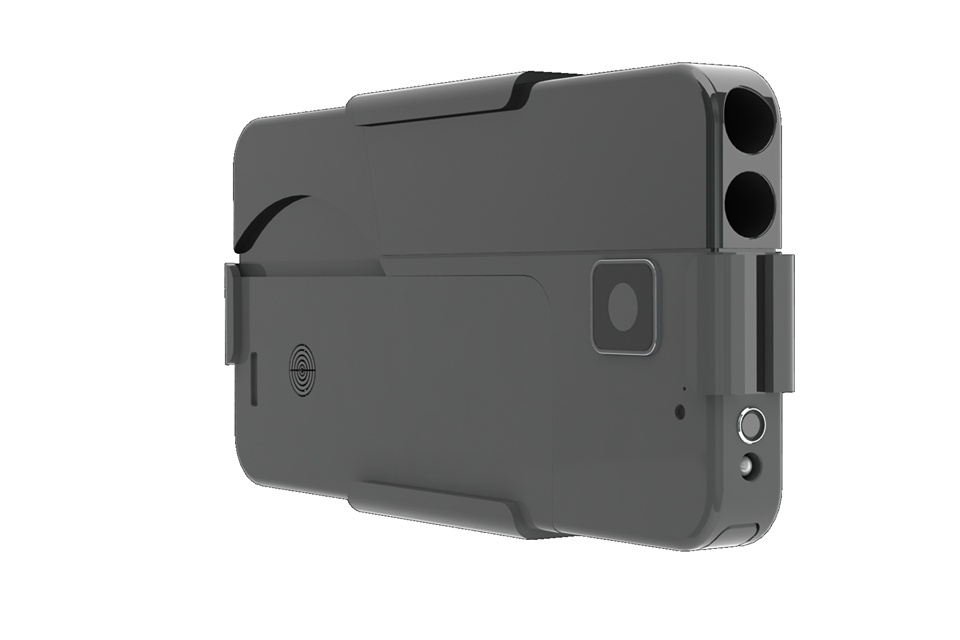 READ MORE
Posted by Pappy at 10:41 PM No comments:

The country is in a sad state when a "radio announcer" can influence the political climate in the whole state of Wisconsin. Doesn't anyone think for themselves anymore without having someone tell them what to do ?

Wisconsin’s GOP primary is Tuesday, April 5th, and the “Never Trump” movement in the Badger State is picking up steam, thanks in large part to one man – conservative talk radio host Charlie Sykes.

Sykes has been on the air in Wisconsin for 23 years, and is The Voice of Conservatism in the state. Politico sums up Sykes’ influence this way: “In Wisconsin, every conservative knows Sykes’ voice, which airs for three-and-a-half hours weekday mornings on the state’s biggest AM talk station. Many credit him for playing a major role in their recent victories, from Scott Walker’s defeat of the state's unions and the subsequent effort to recall him to the rise of Speaker Paul Ryan and Republican National Committee Chairman Reince Priebus, and he has close relationships with both.”
On Monday, Sykes conducted an on-air interview with Donald Trump and was even less impressed with the business mogul after the interview than he had been before the interview. Speaking about the Supreme Court vacancy and possible nominations he might make as president, Trump threw out the name Diane Sykes, a judge who serves on the 7th Circuit Court of Appeals. Judge Sykes is the ex-wife of Charlie Sykes, so one would hope that Trump would have been able to put two and two together, but he was completely oblivious of the connection.

Trump’s 17-minute interview with Sykes may very well have ended any hopes he had of winning Tuesday’s primary. Callers into the show were outraged, and Sykes helped fuel their anger. “You can’t parachute in here from Manhattan and crap on everything we’ve been doing for the last 20 years. But people here have a well-attuned BS meter. Donald Trump’s approval rating in southeast Wisconsin is extremely low because people pay attention.”
For more, see Politico: Why Wisconsin’s “Never Trump” movement is different
Posted by Pappy at 10:36 PM No comments:

Email ThisBlogThis!Share to TwitterShare to FacebookShare to Pinterest
To my readers, I sent the last 30 days in the "SUNSHINE STATE" of FLORIDA.
Most of the time without WiFi. and not good when I did have it, really weak signal.....I'm back home and hope to get back on track............
Posted by Pappy at 10:26 PM No comments:

Trump’s Campaign Manager Charged With Battery
Video reveals what really happened between Trump’s campaign manager and a former Breitbart reporter. Do you think these charges are blown out of proportion?

Donald Trump won Louisiana's Republican primary but could end up with fewer delegates than Ted Cruz. (Photo by Jabin Botsford/The Washington Post)
Donald Trump’s presidential campaign said Monday that it will officially challenge strategic maneuvering that could give Sen. Ted Cruz of Texas a sharp lead in the final delegate tally from the Louisiana Republican primary, despite the billionaire’s 3-point victory during the state’s election on March 5.
A group of so-called “unbound” delegates and others previously pledged to Sen. Marco Rubio of Florida could rally behind Cruz, the Wall Street Journal reported last week, giving the senator up to 10 more delegates from the state than Trump will receive.
Those sorts of technical maneuvers — part of the complicated delegate-based system for nominating the party’s presidential candidate — have been the subject of intrigue amid speculation of a possible contested convention in July. Members of the GOP establishment who oppose Trump believe it may be the best and last hope to keep the billionaire from clinching the nomination.

READ MORE
Posted by Pappy at 3:00 PM No comments:

Email ThisBlogThis!Share to TwitterShare to FacebookShare to Pinterest
WATCH – Belgium Leader Says THIS About Trump, Europe is Waking Up!

Donald Trump has had plenty to say about the Brussels attacks and how the U.S. should respond to radical Islamic terrorists, that we haven’t been aggressive enough in this issue. It turns out the President of Belgium, Michael Modrikamen, mere days before ISIS attacked his country and killed civilians in his country, had something to say about Trump that speaks greater truth than anything you’ll hear in our media here in the US.
“I fully support Donald Trump,” Modrikamen said in his YouTube video message. “America should not become another Brussels,” referring specifically to the large percentage of Muslim immigrants to Belgium—roughly half of them—being Islamic extremists. And this was BEFORE the bombings in Brussels.

READ MORE
Posted by Pappy at 3:29 PM No comments:

Rudy Giuliani: The Little-Known Truth About WHO Really Created ISIS – Hillary Is Furious

The terrorist attacks in Brussels and the subsequent response by our commander-in-chief have really – REALLY – pissed off America’s Mayor, Rudy Giuliani. And rightfully so.
Giuliani appeared on The O’Reilly Factor yesterday evening and shredded Obama for doing the wave at a baseball game while they were still identifying bodies in Belgium.
The President “was sitting in a baseball game doing the wave and laughing, instead of trying to rally the West against ISIS on the day this killing took place,” Giuliani explained. “What he did was an embarrassment as an American.”


Former New York City Mayor Rudy Giuliani (R), who presided over the major city during the 9/11 attacks, came out swinging against Democratic presidential candidate Hillary Clinton Wednesday night, claiming the former secretary of state should be considered a “founding member” of the Islamic State.
“She helped create ISIS,” Giuliani told Fox News anchor Bill O’Reilly. “I mean, Hillary Clinton could be considered a founding member of ISIS.”
…
Giuliani pulled no punches against Obama either, condemning the commander-in-chief for failing to return from Cuba to the White House after getting word of the deadly attacks in Brussels Tuesday.
“What he did yesterday embarrassed me as an American,” Giuliani said of Obama.

Giuliani went on to voice his support for both Republican frontrunners Donald Trump and Ted Cruz saying “There’s no question, they’ll take the war to ISIS.”

As a gentle reminder to readers – within hours of dozens of people being killed by ISIS in Brussels, Obama was sitting with his family and Cuban dictator Raul Castro at an exhibition baseball game between the Tampa Bay Rays and the Cuban national team. Doing the wave, no less. This is his response to yet another major terrorist attack by ISIS.
Posted by Pappy at 1:00 PM No comments:

Sometimes you wonder if the editorial writers for The Gray Lady ever read the rest of their newspaper. A front page story in last week’s New York Times described Donald Trump’s Tampa office as a “melting pot” of racial and ethnic diversity. The campaign workers include a young woman who recently arrived from Peru; an immigrant from the Philippines; a 70-year-old Lakota Indian; a teenage son of Russian immigrants; a Mexican-American.

READ MORE
Posted by Pappy at 12:48 PM No comments: