Revelations that good Samaritans warned the FBI about mass shooter Nikolaus Cruz months in advance fit a disturbing pattern in which the failure to follow standard operating procedures unwittingly enabled a deranged killer.First, the FBI received a warning about Cruz after he posted a disturbing comment on YouTube saying that he aspired to become a "professional school shooter."On January 5, 2018, a person close to Cruz contacted the FBI's tip line to report their concerns. The caller told agents about the accused shooter's access to firearms, self-professed desire to kill people, erratic behavior, and disconcerting social media posts. They revealed their anxieties about the potential of Cruz carrying out a school shooting.In a damning press release from the FBI's National Press Office, the Bureau concedes that agents ignored protocols after receiving the January 5 call.The FBI never reported the tip to its Miami field office, and no further investigation occurred.FBI Director Christopher Wray offered a mea culpa:

“We are still investigating the facts. I am committed to getting to the bottom of what happened in this particular matter, as well as reviewing our processes for responding to information that we receive from the public. It’s up to all Americans to be vigilant, and when members of the public contact us with concerns, we must act properly and quickly.“We have spoken with victims and families, and deeply regret the additional pain this causes all those affected by this horrific tragedy. All of the men and women of the FBI are dedicated to keeping the American people safe, and are relentlessly committed to improving all that we do and how we do it.”

Email ThisBlogThis!Share to TwitterShare to FacebookShare to Pinterest
So, NRA Donations Are Stained With Blood, But Planned Parenthood's Are Just And Moral? Posted: Feb 16, 2018  Matt Vespa

Let’s cut the holier than thou antics. Every time there’s a mass shooting and politicians from the GOP offer their thoughts and prayers to the victims, the liberal media doles out the tired National Rifle Association donation talking point. Here’s how much money NRA gave to x congressman or x senator. Okay—what’s the issue? We have a Second Amendment. We have a constitutional right to own firearms. You don’t think organizations will spring up and support this piece of our Bill of Rights?

In all, spare me the holier than thou antics, left wingers. When I want to be told about the sanctity of life from those who get money or support an organization that aborts children, I’ll let you know. It's always the Second Amendment advocacy groups that get slammed for donating to politicians who support their agenda. It's just so tiring.

READ ON
Posted by Pappy at 4:19 PM No comments:

Ben Shapiro explains why the media claim that there have been 18 school shootings in 2018 is false.
Posted by Pappy at 3:36 PM No comments:

Email ThisBlogThis!Share to TwitterShare to FacebookShare to Pinterest
This is only 6 out of many. How many more did the FBI miss out on ? What good are they if the "Federal Bureau of Investigation" can't or doesn't know how to INVESTIGATE ???

The FBI Proves It's Incompetence Yet Again 02/16/2018 Source: The Hill by: Max Greenwood

The FBI said Friday that it failed to follow "protocols" when it received a tip earlier this year about the teenageraccused of killing 17 in a mass shooting at a South Florida high school.

In January, person close to the accused shooter, 19-yearold Nikolas Cruz, called the FBI's public tipline and raised concerns about his gun ownership, desire to kill and warnedof a possible school shooting.

But the FBI never reported the tip to its Miami field office
or investigated the claim, the bureau said Friday.


WASHINGTON — President Trump is hurtling toward a potential showdown with special counsel Robert Mueller over the Russia investigation, and he has some decisions to make.
After approving Friday's release of a disputed memo written by House Intelligence Committee Chairman Devin Nunes over the objections of his own FBI director and intelligence community, Trump's next moves will be critical for the ongoing federal investigation into Russia's election interference and possible collusion with Trump associates.
The president is also under investigation by Mueller for possible obstruction of justice in the Russia probe – and any further attempt to wrest control of the probe threatens to unleash a political crisis.
Some possible flashpoints would include:
► Dismissing Deputy Attorney General Rod Rosenstein, who is overseeing the special counsel's investigation;
► Seeking a way to fire Mueller himself;
► Refusing to cooperate with Mueller's investigators, who are seeking an interview with the president.
One thing seems clear: The president and his allies are already laying the groundwork to cast doubt on the Russia investigation – especially if Mueller makes a formal accusation about Trump.
READ ON

So...after a year or more, Meuller comes up with charges against 13 Russians, who are in Russia, where Putin is not going to extradite them to the U.S. So...after a year...no collusion with the GOP or Trump, So....Just something to justify the investigation under Meuller and his 1/2 dozen or so DEMOCRAT investigaters on his panel, where it seems all of them were donaters to the Dem. party in one way or another. WHAT A WASTE OF TAXPAYER MONEY. We can't even fact check to see if the charges and indictments are true and/or warrented. Witch hunt or political SCAM ? ?


WASHINGTON — Special Counsel Robert Mueller's indictment of 13 Russian nationals and the Russian Internet Research Agency shows a wide range of interference in the 2016 presidential election in favor of Donald Trump and against Hillary Clinton.
Here are some key points from the indictment:

The Russians reached out to a still-unnamed campaign official at Trump's campaign website to get information on how it was organizing rallies in Florida and New York. They got the official's name from the Facebook page of the real "Florida for Trump" campaign, the indictment said.

READ MORE GARBAGE
Posted by Pappy at 6:54 PM No comments:

The leader of a white nationalist militia says Florida school shooting suspect Nikolas Cruz was a member of his group and participated in paramilitary drills in Tallahassee.
Jordan Jereb told The Associated Press on Thursday that his group wants Florida to become its own white ethno-state. He said his group holds “spontaneous random demonstrations” and tries not to participate in the modern world.
Jereb said he didn’t know Cruz personally and that “he acted on his own behalf of what he just did and he’s solely responsible for what he just did.”
He also said he had “trouble with a girl” and he believed the timing of the attack, carried out on Valentine’s Day, wasn’t a coincidence.
Nineteen-year-old Cruz has been charged with 17 counts of premeditated murder in the shooting.

Authorities have released the mugshot of Nikolas Cruz, now charged with 17 counts of premeditated murder in the Florida mass school shooting. http://6abc.cm/2sAZ50E


WHITE NATIONALIST CONNECTION: The leader of a white nationalist militia says Florida school shooting suspect Nikolas Cruz was a member of his group and participated in paramilitary drills in Tallahassee.
Details: http://6abc.cm/2GgypUQ

Email ThisBlogThis!Share to TwitterShare to FacebookShare to Pinterest
Top Democrat Ties to Nation of Islam

Democratic Minnesota Rep. Keith Ellison, the deputy chair of the Democratic National Committee, has attended multiple meetings with Nation of Islam Minister Louis Farrakhan while in Congress, The Daily Caller has learned. Ellison’s past ties to Farrakhan are well known: he admitted to The Washington Post during his first congressional campaign in 2006 that he worked with the Nation of Islam for approximately 18 months ahead of Farrakhan’s 1995 Million Man March. Since he ran for Congress, Ellison has repeatedly promised the public that he left Farrakhan in the past. Ellison attended at least three meetings where Farrakhan was present — including a private visit to Farrakhan’s hotel room — according to photos and videos reviewed by TheDC and Farrakhan’s own statements. Read more at American Action News
Posted by Pappy at 8:03 PM No comments: 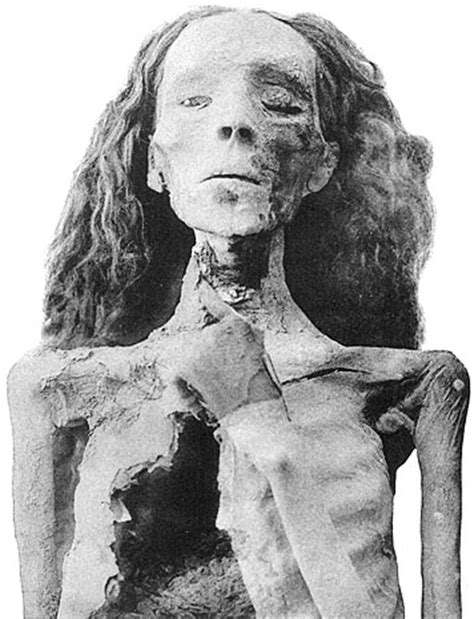 A bust of the Ancient Egyptian Queen Nefertiti sparks outrage on social media. Many claim the rendering is whitewashed.

What was supposed to be a historical reconstruction project, showing the face of King Tut's biological mother Queen Nefertiti for the first time, has turned sour, amid accusations of whitewashing.

The Travel Channel, as part of its series "Expedition Unknown" with Josh Gates, will showcase 3-D imaging technology to map the mummy of Nefertiti's face and create a replica. Paleoartist Elisabeth Daynès, who had previously recreated King Tut more than a decade ago, sculpted the bust of Nefertiti, which was then compared to images of her face.

"This remarkable face seems to be consistent with ancient representations of Nefertiti," said Egyptologist Dr. Aidan Dodson of Bristol University in a release. "It's extraordinary. When taken alongside the latest reading of the genetic data, this provides us with truly exciting evidence that the mummy of the Younger Lady is none other than Queen Nefertiti herself."

It is in the comments about Nefertiti's looks and the subsequent 3-D modeling that have sparked criticism.

The Sun reports that some on social media have pointed out that Nefertiti appears to have a lighter skin tone than is believed to be accurate.

When you leave your history to the hands of white people to help examine and reconstruct why won't Queen Nefertiti come out looking like a ghost not resembling her true BLACK self. Uhhh! 🙄 smh #todayshow pic.twitter.com/Hu9VvPfIzz

"This project is very special and very complex," Daynès said. "I worked closely with forensic paleopathologists and anthropologists to determine accurate muscle, skin and soft tissue depth. Everything was meticulously calculated by hand.

Nefertiti's mummy was uncovered in a tomb in Egypt's Valley of the Kings in 1898, but it wasn't until 2010, via DNA evidence, that she was proven to be King Tut's biological mother.

"In all, it took more than 500 hours to create the bust. Even the jewelry on the bust was handcrafted by designers who work for Dior," Daynès added. "When you overlay the profile of the reconstruction with the famous Berlin Bust of Nefertiti, they are an incredibly close
match." 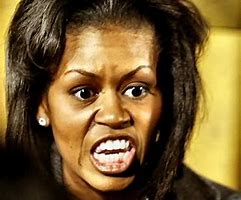 "Nefertiti is remembered as one of the most beautiful women in history, but her accomplishments are anything but skin deep," said Gates. "She was a powerful pharaoh and ruled during one of the most prosperous times in the ancient world. But like many of history's most important female figures, her legacy has been obscured."
Posted by Pappy at 7:49 PM No comments:

LaVar Ball should be happy his son LiAngelo is even home after he was arrested in China for SHOPLIFTING. No matter how well they throw that basketball, LaVar is in no position to be making demands.....

LaMelo Ball scored 43 points and LiAngelo finished with 37 for 80 points total with LaVar as an assistant coach in their 6th game in Lithuania!

"This we do know: three UCLA players hae been arrested, and ESPN has reported that one of the players is LiAngelo Ball, son of LaVar and younger brother of Los Angeles Lakers rookie Lonzo."

READ ON
Posted by Pappy at 5:24 PM No comments: