QUESTION.....Who writes the stories about "FAKE NEWS" and who are the "REAL NEWS" people ? It's getting harder to tell the GOOD GUYS from the BAD GUYS !!

The political world was rocked by the bombshell report that Susan Rice – Barack Obama’s National Security Advisor – had ordered the unmasking of Trump officials captured from surveillance.
The story substantiates the claims that the Trump team was spied on and that the Obama administration had leaked this classified intelligence for political gossip in effort to damage the Trump administration.
But CNN just got caught orchestrating a massive cover-up about this story.
Fox News originally broke the story that it was someone high-up in the intelligence world who had ordered the unmasking of Trump officials.
Fox also reported that the surveillance had gone on for much longer than anyone had previously known. 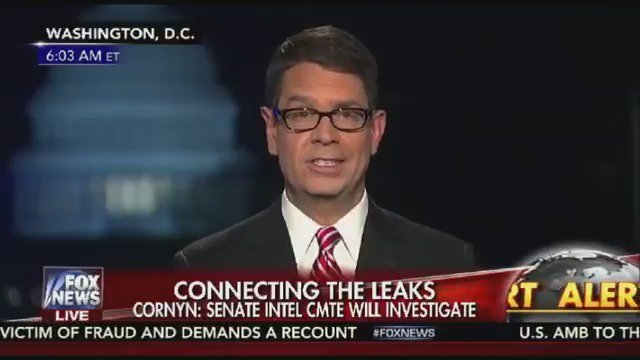 Then why do I continue to see her face or stories about her in the "news" just about every day ?.....

Hillary Clinton went down in defeat in the 2016 general election.
She has all but disappeared from the spotlight since then, leading many to ask what her future plans will be.
Some have predicted a return to office in another capacity, or even backing daughter Chelsea’s possible political ambitions to keep the family dynasty in the forefront of American politics.
But the future of one of Hillary’s pursuits seems to have been decided — it appears she will not likely return to work at the Clinton Foundation.
The Foundation has repeatedly come under fire for everything from special favors to donors, to misappropriation of funds earmarked for charity projects, to being an all-out scam used only to make the Clintons rich.
And it appears that as the luster of the Foundation has worn off, Hillary is further distancing herself from the scrutiny of her work there.
The Hill reports:
CONTINUE READING
Posted by Pappy at 5:40 PM No comments:

As someone who recently shot a handgun for the very first time, I can say from experience that the first time you shoot a firearm will be nothing like you expect. As soon as you pull the trigger you’ll forget absolutely everything you were trying to remember — which is why it’s imperative that you learn from someone with experience.
In the video below, world renown professional shooter Rob Leatham shares three secrets every first time shooter needs to know before picking up a handgun. Secret No. 1: aiming is useless.

What this proves is that if you are white, you must be very careful, whether driving (or walking) around your town or on the road going to another town or another state. You will be attacked for being the wrong "color" or appearing to have expensive possessions. Either way, it's mainly because you are WHITE !
Woman accused of attacking couple with hammer over 'fancy' boat, being white

WABC NEWARK, N.J. -- Wednesday, April 05, 2017
The female suspect wanted by Virginia authorities for a viious hammer attack on a couple driving from Florida to Massachusetts was arrested in New Jersey Wednesday morning.

Angela Jones, 26, allegedly assaulted the man and his wife because they had a "fancy" boat and car and were white.

The incident happened Saturday morning at a gas station in Virginia and was apparently unprovoked.

"I hear this woman yelling something about a message," said Bob, the victim. "I don't know who she's talking to...She gets in my face and says, 'You got a message for me with your fancy boat?' She starts punching me, scratching at me."

Authorities were able to identify Jones after a witness snapped a photograph. Bob, who lives in Uxbridge, Massachusetts, said he was refueling his Porsche SUV when Jones began taunting him and his wife Kathy with race and class-laced insults.

"She called my wife a white (expletive) and spit in her face," Bob said. "She said, 'I've got something in my car that I can put a hole in your boat.' I thought it was a gun, but thank God it wasn't. It was a carpenter hammer."

Police said Jones left substantial damage on the couple's car and boat with that hammer, before she turned to attack Bob.

"She clawed him," Caroline County Sheriff Tony Lippa said. "He took her to the ground to prevent her from doing any more damage."

Jones jumped in her Jeep and drove off.

"Whatever she saw in us, she decided to teach me a lesson, I guess," Bob said.

Jones faces malicious wounding, assault and destruction of property charges in what police are calling a hate crime.
Posted by Pappy at 5:22 PM No comments:

Blackswant to be alone, how about we give them their own state.......KENYA WOULD BE NICE !

Black Lives Matter To Hold ‘Blacks Only’ Event In Philly

First, the west coast leader of Black lives matter says that whites, " are subhuman and should have their assets seized for slave reparations " and now the BLM ppl in Philadelphia want to hold THIS type of racist rally ...

As it turns out, he’s not the only white person the left doesn’t want to have anything to do with. In fact, all white people are banned from an upcoming Black Lives…

BLM Philly: Black-only spaces are a gathering place to 'organize, heal'
In a statement, the Black Lives Matter Philly group responded to a brewing controversy by conservative websites about who can attend its meetings.

New York Times · 1 hour ago
WASHINGTON — Senate Republicans changed longstanding rules on Thursday to clear the way for the confirmation of Judge Neil M. Gorsuch to serve on the Supreme Court, bypassing a precedent-breaking Democratic filibuster by allowing the nomination to go forward on a simple majority vote.
In deploying the so-called nuclear option, lawmakers are fundamentally altering the way the Senate handles one of its most significant duties — a sign of the body’s creeping rancor in recent years after decades of at least relative bipartisanship on Supreme Court matters. Both parties have likewise warned of sweeping effects on the future of the court, predicting that the shift will lead to the elevation of more ideologically extreme judges if only a majority is required for confirmation.

You could wake up tomorrow and your town/city could look like this........SCARY

Losing one’s job is never very easy. It is even more embarrassing when the motives for the firing were painted as some dire offense when, in reality, it was an oversight. Former National Security Adviser, Michel Flynn, did not get fired for talking to Russia or have any back room Russian ties as the MSM implies. HIS JOB was to talk to the Russians. After all, there must be people in the United States who talk to Putin.
It is not as if the giant superpower can be wished away or ignored. Flynn made the error of not properly informing the Vice President of some of those talks, something that certain members of Congress made worse with partisanship. Had this not been the case, Flynn would likely have faced a dressing down, but not lost his post over the issue.
Now the general is talking to members of the House and Senate intelligence committees. He seeks to gain immunity from “unfair prosecution” that could stem from him addressing concerns regarding alleged communications between Russia and Trump’s campaign,  according to Yahoo News. Flynn’s attorney, Robert Kelner, said, “General Flynn certainly has a story to tell, and he very much wants to tell it, should the circumstances permit.” Considering that he lost his position due to treatment that was underserved, to say the least, it can be understood why he is hesitant to assist the very people who caused it to happen. It seems that Congress and the Senate are determined that there are secrets to be revealed.

READ MORE
Posted by Pappy at 5:34 PM No comments:

Doc Holliday actually graduated Dental school right here in Philadelphia. This is John Henry "Doc" Holliday at the age of 21 shortly after graduation.