“Adam Schiff starts the coverup before Republicans take over.”

Adam Schiff Is Scrambling To Cover Up Military Involvement On January 6th   NewsGlobal.com

(NewsGlobal.com)- The National Defense Authorization Act for the Fiscal Year 2022 is under HR 4350.

Rep. Adam Schiff included these words in House Resolution 4350 not too long ago. The sentence was placed towards the middle of the lengthy bill, which consists of hundreds of pages.

This is the mode of operation utilized by Shifty Schiff. This is the proposal that Schiff made. This was discovered in the main body of the text.

“1801. Office of Countering Extremism.
“1802. Training and education.
“1803. Data collection and analysis.
“1804. Reporting requirements.
“1805. Definitions.
SEC. 529F. EXCLUSION OF EVIDENCE OBTAINED WITHOUT PRIOR AUTHORIZATION.
Section 271 of title 10, United States Code, is amended by adding at the end the following new subsection:

“(d) Notwithstanding any other provision of law, any information obtained by or with the assistance of a member of the Armed Forces in violation of section 1385 of title 18 shall not be received in evidence in any trial, hearing, or other proceeding in or before any court, grand jury, department, officer, agency, regulatory body, legislative committee, or other authority of the United States, a State, or a political subdivision thereof.”
READ ON
Posted by Pappy at 11:18 PM No comments:

BUT...Don't put it past them MAKING SOMETHING UP

As Biden continues to fail, Democrats are scrambling for ways to distract the public—with attacks against Donald Trump.

They spent plenty of time (and money) on their “J6 Commission.” But nobody was really convinced to change their positions.Now, Biden has enlisted the help of his attorney general to take a major step against Trump, but he may have just gone too far.

The Justice Department is investigating President Donald Trump’s actions as part of its criminal probe of efforts to overturn the 2020 election results, according to four people familiar with the matter…

Prosecutors who are questioning witnesses before a grand jury — including two top aides to Vice President Mike Pence — have asked in recent days about conversations with Trump, his lawyers, and others in his inner circle…

Federal criminal investigations are by design opaque, and probes involving political figures are among the most closely held secrets at the Justice Department. Many end without criminal charges.

Pretty convenient timing. Just as Democrats wrap up their J6 Commission (which failed to spark interest among Americans), word leaks that the DOJ is “investigating Donald Trump.”

The reality is, if a legitimate federal investigation is being conducted, we’d know little about it.

Given the sensitivity of such a massive situation, the DOJ would go to great pains to prevent information from reaching the public—and potentially jeopardize their work.

But now, right before the midterms and after Democrats’ failed with their commission, this information comes out.

Keep in mind, that the man running this investigation–Merrick Garland–is a Biden appointee. A liberal who has political reasons to go after Trump.

And this news comes after years of Democrats accusing, investigating, and slandering Donald Trump and his administration.

Can we trust that this investigation is A) real or B) going to prove anything?

It appears Democrats have decided Trump was guilty long before any investigations were launched. And considering how badly they are doing just before the midterms, they could do anything to distract the public.

Is it possible they “leaked” vague details about this investigation, hoping it would hurt Trump’s efforts in boosting GOP candidates?

(Also, considering rumors that he is soon to make a 2024 announcement?)

We can’t be sure. But our minds go back to two failed impeachment attempts and a Mueller probe that came up with nothing.
Posted by Pappy at 10:34 PM No comments:

WHY DOES THE JAN 6 COMMITTEE REFUSE TO INVESTIGATE RAY EPPS ?? THERE IS PLENTY VIDEO OF HIM AT THE CAPITOL..

Tucker Carlson addresses a New York Times article about Ray Epps, one of the men accused of planning the January 6 riot at the U.S. Capitol on 'Tucker Carlson Tonight.' #FoxNews #Tucker #Fox
Posted by Pappy at 10:18 PM No comments: 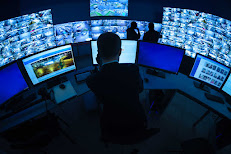 (RoyalPatriot.com )- Last weekend, 4chan users claimed to have hacked Hunter Biden’s iCloud account, gaining access to the contents of Hunter’s phone. Screen captures of alleged text messages, pictures, and videos purportedly from the hack began cropping up on 4chan as well as other social media platforms.

Last Monday, the US Secret Service confirmed that it was aware of the hacking claims and the subsequent social media posts, but stopped short of saying it was investigating the matter.

Secret Service spokesman Anthony Guglielmi said in a statement to NBC News that the Secret Service and its federal law enforcement partners were aware of the claims, but said the agency was not in a position to publicly comment on any potential investigation into the hack.

Much of what was released from the alleged hack was already publicized after being found on Hunter’s abandoned laptop, according to the Washington Examiner.

The Examiner previously had the laptop hard drive inspected by a former Secret Service agent and cyber forensics expert, Konstantinos Dimitrelos, who had confirmed the authenticity of the contents found on the hard drive, including the synced backup of Hunter’s iPhone.

However, the Washington Examiner reported last week that some of the screenshots purportedly from the hacked iCloud account could not be verified. The 4chan threads that featured the allegedly hacked material were later taken down.

According to National Review, one of the videos from the alleged hack showed Hunter measuring out crack while talking to a prostitute while another video shows a naked Hunter going down a water slide.

Meanwhile, the White House refuses to discuss the revelations from Hunter’s abandoned laptop.

Jean-Pierre refused to comment:
TWEET
Townhall.com
@townhallcom
DOOCY: "Why is there a voicemail of the president talking to his son about his overseas business dealings...?"
KJP: "I am not going to talk about alleged materials from the laptop."
DOOCY: "Are you disputing that it's the president's voice on the voicemail?"
3:43 PM · Jul 5, 2022·Twitter Web App
READ MORE
Posted by Pappy at 10:05 PM No comments:

OF COURSE HE DID.. I would let her ROT in that Russian jail! She HATES the USA

In February, Griner was detained by Russian authorities in Moscow’s Sheremetyevo Airport after vape canisters containing cannabis oil were found in her belongings.

Months later on July 7, Griner pleaded guilty to drug possession and smuggling in a Russian court. In Russia, the penalty for such a crime is up to 10 years in prison.

According to an exclusive report from CNN, the Biden administration has been debating how to handle the situation for “months” and has finally come to a solution.

The Department of Justice is reportedly opposed to Biden’s decision to release Bout but the president’s authority overrules any opposition from the department.

In 2011, Bout was convicted on charges of terrorism, according to the Associated Press. His crimes have afforded him the nickname “Merchant of Death.” 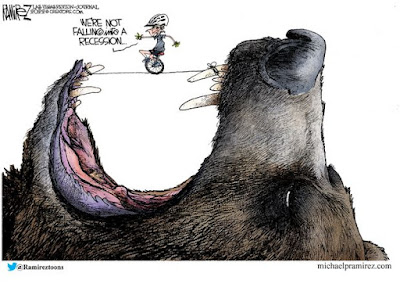 Verizon, now completely in the woke tank, has moved to silence the conservative OAN

OAN was criticized for spouting misinformation about COVID and the 2020 election. But Verizon says it's dropping OAN for “economics.”

Right. If you believe that I have a bridge in Brooklyn to sell you. This is, after all, the self-same Verizon that was headlined in The Blaze as follows not quite a year ago:

Verizon pushes leftist, anti-American agenda in social justice training for employees: Report
Breitbart has exactly captured what this is really all about. The Breitbart headline:

The story reports this:
“Big Tech is increasingly making it impossible for Republican politicians to communicate with their constituents. In addition to social media censorship, leftists are trying to censor at the level of emails, text messages, and telecommunications infrastructure.

Telecom companies have already had an impact on national politics, with Verizon and AT&T briefly shutting down Trump’s campaign texts during the 2020 election, costing him millions of dollars. These conglomerates are vertically integrated, with the major companies also distributing Cable and Satellite TV. As with other concentrations of corporate power, the left hopes to use this to censor conservative viewpoints.

Last year Democratic Reps Anna Eshoo (D-CA) and Jerry McNerney (D-CA), both of whom sit on the House Commerce Committee which oversees the FCC, wrote to the largest cable and Satellite companies including DirecTV, Verizon, Comcast, and Cox, stating: ‘We are concerned about the role’ each distributor ‘plays in disseminating misinformation to millions of [its] subscribers, and we write to you to request additional information about what actions [each distributor] is taking to address these issues.’

They specifically targeted Fox News, Newsmax, and the One America News Network. The letter concluded by asking asked what if they took ‘actions against a channel for using your platform to disseminate any disinformation’ and ‘Are you planning to continue carrying Fox News, Newsmax, and OANN. . . both now and beyond any contract renewal date? If so, why?’ The implied message was clear: if the distributors did not drop conservative networks, the Democrats would push for punitive regulation.”

Make no mistake. This shutdown of One America News by Verizon is part and parcel of the American Left’s determination to use Big Tech to shut down not just conservative media but conservatives in general - and there is nothing new about it. ( AT&T’s Direct TV has also dropped OAN.)

Not to be forgotten are those countless efforts in the long ago to take Rush Limbaugh off the air. (As here.) In today’s world there have been repeated efforts to intimidate the sponsors of Fox’s Tucker Carlson, Sean Hannity and Laura Ingraham into dropping the shows of those hosts, forcing them off the air.

And the conservative Newsmax has been repeatedly targeted for cancellation by cable providers.

Notice a pattern here? Recall CNN pushing the Trump-Russia collusion hoax? Was CNN targeted by a campaign to have it dropped by any of these cable carrying providers? Of course not. And oh yes, recall this from MSNBC, as headlined at The Federalist?

Is there a move to take MSNBC off the air? Or to black out its parent, NBC?

This Verizon-shuts-off-OAN story is, make no mistake, about much more than Verizon and OAN. What Americans are watching is a deadly serious move by the American Left, using, in this case, a woke, far-left Big Tech company, to shut off and shut down conservative media.

And you can be sure, what just happened to One America News will happen again to someone else. A conservative someone else.