This...Seth Meyers is a complete SLIMEBALL. If he couldn't insult President Trump, he wouldn't have a show.

Oregon governor to defy Trump on National Guard at border

Trump on Wednesday signed a proclamation ordering National Guard troops to be sent to the U.S.-Mexico border to address a "surge of illegal activity."
In a memo to Defense Secretary James Mattis and Homeland Security Secretary Kirstjen Nielsen, Trump ordered the National Guard be used to secure the border "to stop the flow of deadly drugs and other contraband, gang members and other criminals, and illegal aliens into this country."
Trump first suggested Tuesday he'd like to deploy troops to the southern border to secure the area until his proposed wall can be built.
Trump in recent days has been tweeting his frustrations about current immigration laws. He has warned of "caravans" of migrants approaching the border and called on Congress to enact tougher regulations.
,,,,,,,,,,,,,,,,,,,,,,,,,,,,,,,,,,,,,,,,,,,,,,,,,,,,,,,,,,,,,,,,,,,,,,,,,,,,,,,,,,,,,,,,,,,,,,,,
SO...WHO CONTROLLS THE NATIONAL GUARD
A little-noticed change in federal law packs an important change in who is in charge the next time a state is devastated by a disaster such as Hurricane Katrina.
To the dismay of the nationâ€™s governors, the White House now will be empowered to go over a governorâ€™s head and call up National Guard troops to aid a state in time of natural disasters or other public emergencies. Up to now, governors were the sole commanders in chief of citizen soldiers in local Guard units during emergencies within the state.
Under the U.S. Constitution, each state’s National Guard unit is controlled by the governor in time of peace but can be called up for federal duty by the president.
The Posse Comitatus Act of 1878 forbids U.S. troops from being deployed on American soil for law enforcement. The one exception is provided by the Insurrection Act of 1807, which lets the president use the military only for the purpose of putting down rebellions or enforcing constitutional rights if state authorities fail to do so.
Posted by Pappy at 8:26 PM No comments:

Email ThisBlogThis!Share to TwitterShare to FacebookShare to Pinterest
He's RIGHT! We are the Majority!

Best speech ever on the Second Amendment? Proud gun owner, Mark Robinson, makes an impassioned plea to his city council at Greensboro, N.C., about standing up for the 'majority.'
You'll want to elect him when you've seen it!

A black gun owner slammed those who would want to restrict guns from law-abiding citizens during a Tuesday city council meeting on how to combat gun violence.

“You want to restrict my right to buy a firearm and protect myself from some of the very people you are talking about in here tonight,” Mark Robinson, a Greensboro, N.C., resident said. “The law abiding citizens of this community, of other communities we are the first ones taxed and the last ones considered.”

Robinson spoke out a city council meeting held to address how the community should handle gun violence and whether it should cancel an up-coming “Gun and Knife Show.” The Greensboro gun owner argued it was far past time for the government to listen to the “majority” in America: law-abiding citizens who might want to buy guns.

“I’m the majority. I’m a law abiding citizen who has never shot anybody,” Robinson said. “Never committed a serious crime. Never committed a felony. I’ve never done anything like that. It seems like every time we have one of these shootings, nobody wants to put the blame where it goes, which is at the shooter’s feet. You want to put it at my feet. You want to turn around and restrict my rights.”

Email ThisBlogThis!Share to TwitterShare to FacebookShare to Pinterest
Sante Fe Punished ROTC Students Because The NRA Are “Terrorists”  Published on April 4, 2018 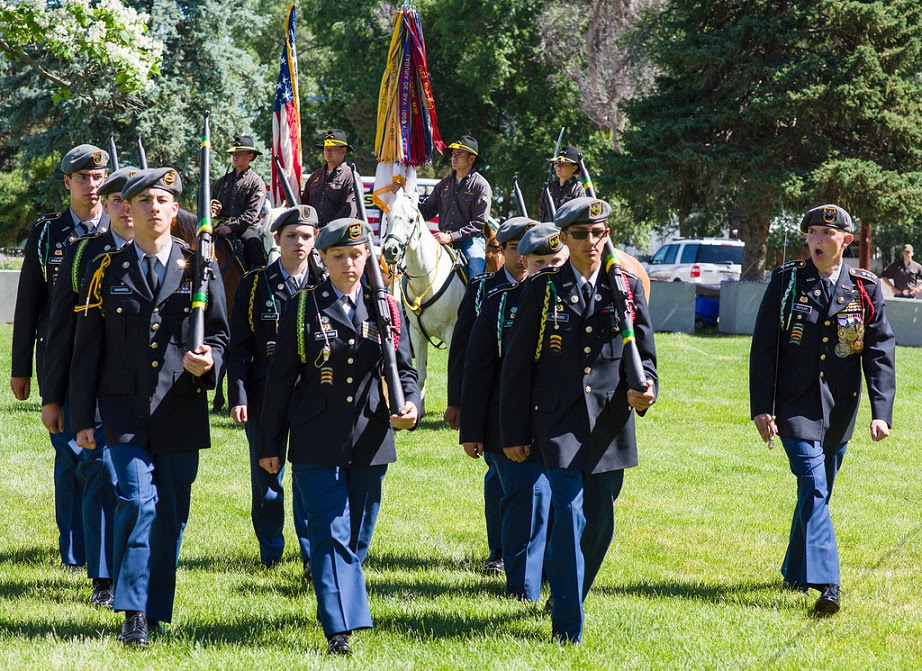 Anti-gun activists on the five-member school board in Sante Fe, New Mexico, have unanimously voted to stop accepting funding or equipment from the National Rifle Association for the school district’s ROTC program.
Referring to the NRA, whose membership includes millions of law-abiding gun owners, as “a horrible, horrible, blood-ridden vehicle,” school board President Steven Carilo said “we don’t want your money.”
The U.S. Army Junior Reserve Officer Training Corps (JROTC) program is offered to high school students to teach leadership, good citizenship, and military skills, including marksmanship. There are more than 1,700 high school JROTC programs in the United States, supervised by retired officers from the Army, Navy, Air Force, and Marines. The NRA Foundation backs these programs at schools by providing air guns, ammunition, targets, and financial support. According to the Associated Press, the NRA gave nearly $7 million to hundreds of schools between 2010 and 2016.
But according to the Santa Fe New Mexican, many testifying to the Santa Fe school board said that the NRA needed to be sent a “message” for opposing gun control legislation after the school shooting in Parkland, Florida, that claimed the lives of 17 people and another December shooting in Aztec, New Mexico, where two students and the shooter died. Last year, Santa Fe High School also received two shooting threats by students.
Read more at Conservative Review
Posted by Pappy at 4:25 PM 1 comment:

Email ThisBlogThis!Share to TwitterShare to FacebookShare to Pinterest
And David Hogg doesn't know what it's like to be shot at with ANYTHING. If I read correctly, he wasn't in school when the shooting occurred.....He was safely at home.

Email ThisBlogThis!Share to TwitterShare to FacebookShare to Pinterest
Sorry to be so derelict in posting this past month, was vacationing in sunny (chilly) Florida. Will get back to posting in a few days...........Pappy
Posted by Pappy at 8:16 PM No comments: