But ...the Dems said there was no problem at the boreder....So...How did these Africans get into Mexico...???


VIDEO: Border Patrol detains 116 African migrants crossing US-Mexico border U.S. Border Patrol agents in Texas apprehended 116 African migrants who illegally crossed the Rio Grande and entered the U.S. last week.The group consisted of migrants from Angola, Cameroon and Congo, and they were apprehended south of downtown El Paso, between Bridge of the Americas and Stanton Street Bridge around 10:30 p.m. on Thursday, May 30, according to a U.S. Customs and Border Patrol (CBP) statement on Friday.

"Border authorities nabbed a group of 116 illegal immigrants from Africa this week, saying it’s the first time they’ve found Africans taking advantage of the large-group tactic Central American migrants have learned to abuse."
This was the first time a group of this size has been arrested at the Del Rio Sector, and also the first group of Africans to be detained.Border Patrol Chief Raul Ortiz said, “Large groups present a unique challenge for the men and women of the Del Rio Sector. This large group from Africa further demonstrates the complexity and severity of the border security and humanitarian crisis at our Southwest border.”Just two days later on June 1, Eagle Pass Station sector Border Patrol agents apprehended another 37 African immigrants.“We are continuing to see a rise in apprehensions of immigrants from countries not normally encountered in our area,” said Ortiz in another CBP statement. “Groups of family units from around the world are traveling thousands of miles just enter the United States illegally to exploit our immigration laws.”Border Patrol has apprehended 182 groups of more than 100 people each, all crossing the southern border in the fiscal year 2019, which is a 450 percent increase from the previous year.On May 29, Border Patrol agents in El Paso seized the largest group of illegal immigrants in history, after 1,036 were detained trying to cross the border, AP News reported.CBP Deputy Commissioner Robert E. Perez said, “The apprehension of 1,036 individuals in a single group – the largest group ever encountered by Border Patrol agents – demonstrates the severity of the border security and humanitarian crisis at our Southwest border. The dedicated men and women of CBP, and in particular the U.S Border Patrol, are doing their very best every day to address the influx of family units and unaccompanied children.”The group detained on May 29 were from Guatemala, Honduras, or El Salvador and included 934 family members, 63 unaccompanied minors, and 39 single adults. They are all in custody of the U.S. Border Patrol and will remain there until processing is complete.

As the numbers of Central American families arriving at the southern border keeps increasing, Border Patrol is strained to catch up.

(Gateway Pundit) – George Nader, a Lebanese-American businessman and one of Mueller’s ‘star witnesses’ has been indicted on child pornography charges.

Robert Mueller previously investigated whether George Nader, an advisor to the United Arab Emirates, was influencing U.S. policy, the New York Times reported in March of 2018 — Nader was reportedly interviewed by the Special Counsel’s team twice.

Mueller wanted to interview Nader after he supposedly helped arrange a January 2017 meeting in the Seychelles between Blackwater founder Erik Prince and a Russian official.

Nader fled the country last year and flew to the United Arab Emirates to go into hiding after his decades-old child molestation charges were revealed.
READ MORE
Posted by Pappy at 9:02 PM No comments: 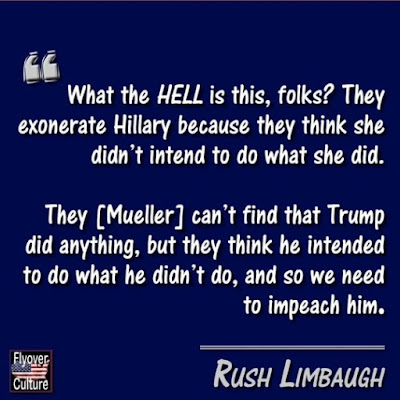 .I've said before..we put TOO much stock into what these so-called "CELEBRITIES" have to say...!!!! Do you think they are any SMARTER than you or I...?

Anti-Trump celebrity Bette Midler apparently didn't take too kindly to being mocked by President Trump on Twitter and suggested to her 1.59 million followers that: "Maybe someone in his camp can gently give him a shiv." As reported by Breitbart:

The film star's violent anti-Trump rhetoric has grown increasingly unhinged as she has gotten older. Maybe a visit from the Secret Service will be just what she needs to finally calm back down.


Dinesh D'Souza.....It's time toCALL OUT Facebook & other tech giants for censoring us


Alex Jones and Laura Loomer were first....But who's next? .... Facebook is drawing a scary line

Email ThisBlogThis!Share to TwitterShare to FacebookShare to Pinterest
The Steele Dossier Is Poison  Distributed by Creators.com.

Having reviewed the Mueller report, I have concluded the Steele dossier is poisonous to both Republicans and Democrats.

Likewise, reporters at the news organization McClatchy have clung to the fiction that Michael Cohen traveled to Prague because of the Steele dossier. The dossier claimed as much, but the special prosecutor found otherwise: "In early May 2017, Cohen received requests from Congress to provide testimony and documents in connection with congressional investigations of Russian interference in the 2016 election. At that time, Cohen understood Congress's interest in him to be focused on the allegations in the Steele reporting concerning a meeting Cohen allegedly had with Russian officials in Prague during the campaign. Cohen had never traveled to Prague and was not concerned about those allegations, which he believed were provably false" (Vol. II, page 139).

While the dossier plays into Trump's fears and motivations for acting against Comey, there were plenty of other issues that led the government to conclude Russia was trying to disrupt the election. The Steele dossier was a sideshow that seemed to drive the Trump team and the President in particular, more than the FBI.

According to Vol. II, page 34 of the Mueller report: "The President also brought up the Steele reporting that Comey had raised in the January 6, 2017 briefing and stated that he was thinking about ordering the FBI to investigate the allegations to prove they were false. Comey responded that the President should think carefully about issuing such an order because it could create a narrative that the FBI was investigating him personally, which was incorrect."

At this point, the Steele Dossier is a rallying cry for the GOP about a witch hunt, but it never really was the basis for claims that Russia interfered in the election. It was, however, the thing that pushed the President over the edge with Comey and thus became the thing that sparked the Mueller investigation.

Between the poisonous effects on the GOP and the Democrats, however, everyone is now prepared to ignore and avoid a central truth of the Mueller report. The Russians did try and ultimately were successful at disrupting the American political process to make it more divisive. The Russians wanted us at each other's throats, and they got it. They got a distracted nation. And they will try again.

Contrary to the Democrats' mythology, in part because of the Steele dossier, the Russians never expected Clinton to lose. They just wanted a close and divisive race. Both political parties helped Vladimir Putin get what he wanted.

As long as both sides are focused on the Steele dossier and claims about coordination that are disproven by Mueller, neither party in Washington has a vested interest in dealing with the actual issues raised by Mueller. That provides an opening for Russia and other foreign powers in 2020.
Posted by Pappy at 6:35 PM No comments:

Email ThisBlogThis!Share to TwitterShare to FacebookShare to Pinterest
Mueller Turns Justice System on Its Head
AdrianaCohen 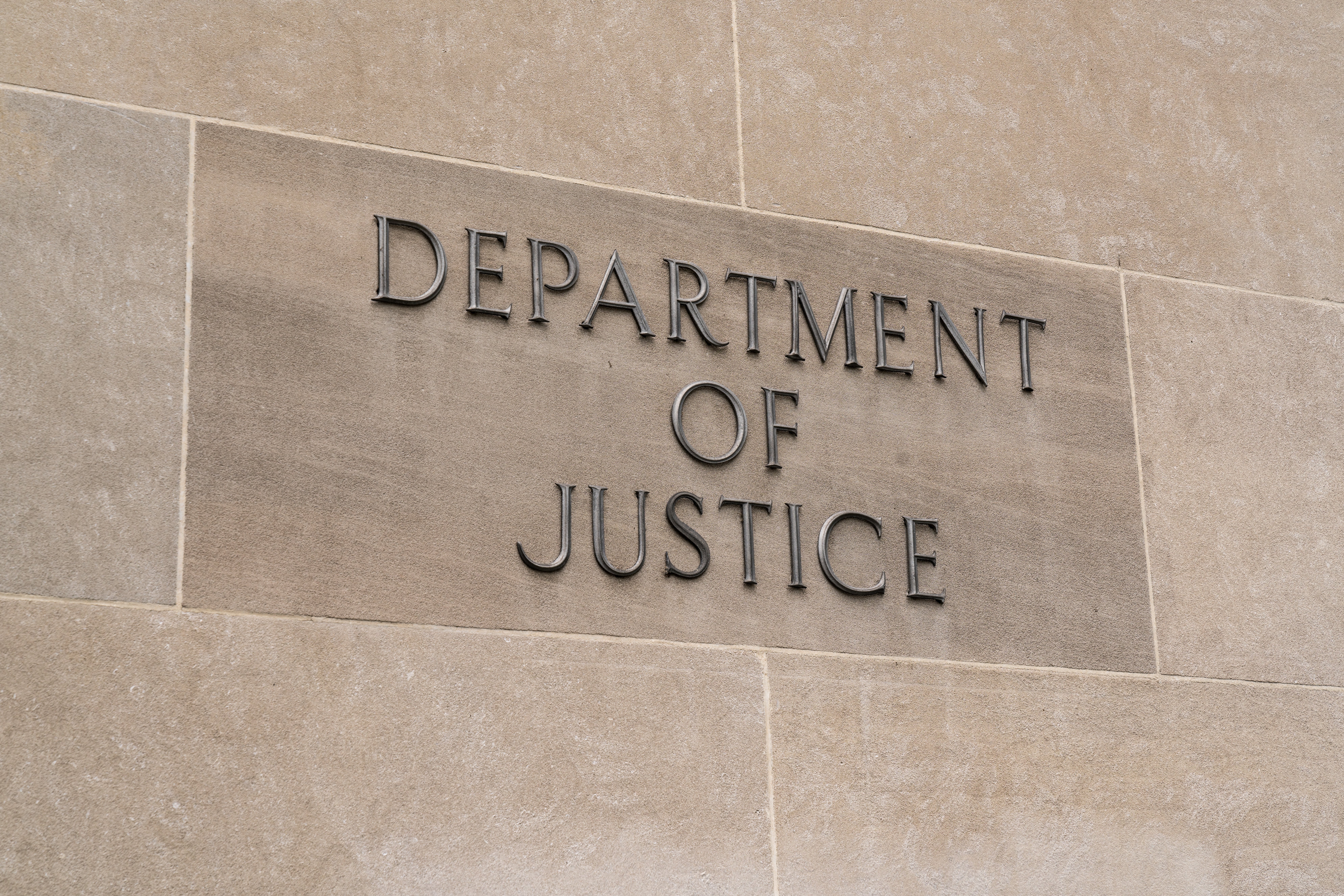 Special Counsel Robert Mueller should be censured, if not disbarred, for violating Department of Justice rules and turning the legal system upside down for political purposes — to "get Trump." His malpractice was on full display this week with his unnecessary press conference to smear the president's character and reputation by inferring he committed crimes — without bringing charges. Our legal system doesn't work that way. The accused is either innocent or guilty based on factual evidence — not nuance or smoke and mirrors. If prosecutors have insufficient evidence and can't bring charges against someone, the case is dropped. And prosecutors aren't supposed to damage a person's reputation for spite. But that's exactly what Mueller did in violating Department of Justice rules and protocols. In the U.S. justice system, Americans are afforded the presumption of innocence, and the burden to proof is on law enforcement — not the defendant. But Mueller took a sledgehammer to that foundational principle during his partisan press conference by saying, "If we had had confidence that the president clearly did not commit a crime, we would have said so. ... We did not, however, make a determination as to whether the president did commit a crime." Seriously, folks? Mueller and his rabid team of partisan lawyers just completed a 22-month exhaustive special counsel investigation into all things Donald Trump at an estimated cost of $35 million. With unlimited resources — and the president's full cooperation — Mueller and his cabal of pro-Hillary Clinton lawyers interviewed hundreds of witnesses including top White House officials, campaign associates and family members. They reviewed 1.4 million documents provided by the White House and conducted an over-the-top raid of the president's former lawyer Michael Cohen's home, forever damaging attorney-client privilege. They raided Roger Stone's private home — in a heavy-handed, embarrassing spectacle — using helicopters, amphibious vehicles and a dozen heavily armed law enforcement agents to pull the old man out of bed in a pre-dawn arrest.
If that wasn't enough, the special counsel used strongman tactics to inflict cruel and unusual punishment against Trump's former campaign manager, Paul Manafort, putting him in solitary confinement for white-collar crimes from years ago — that had nothing to do with the president, or Russian meddling in the 2016 election.
If, after all that, Mueller and 19 high-priced lawyers couldn't find sufficient evidence a crime was committed and bring indictments against the president, it's because it didn't happen.
It was all a hoax, stemming from a discredited dossier and massive disinformation campaign waged by Trump's political enemies.
But that fact didn't stop Mueller during his media spectacle from kicking the president in the shins on his way out the door. He implied that just because he didn't charge Trump due to Office of Legal Counsel rules that state he can't indict a sitting president, that doesn't mean Trump is exonerated. This wrongfully put the burden of proof upon the accused, forcing Trump to prove his innocence.
Turning our system of justice upside down.
Adding to it, Mueller put out a dog whistle to Democratic lawmakers who've wanted to impeach the president from day one, encouraging them to "go for it." He deliberately threw a shiny object to media, whipping up an impeachment frenzy for the next 18 months, during a presidential election cycle, to harm Trump politically. Mueller dishonestly created an innuendo that Trump committed crimes despite Mueller's office being unable to prove it.
Make no mistake; the special counsel didn't bring charges solely on the rules that restrict indictment of a sitting president. Attorney General Barr recently testified before Congress saying Mueller told him multiple times — with witnesses present — that he was unable to bring charges against the president irrespective of the Office of Legal Counsel rules.
Here's the deal: It's well known that Attorney General Bill Barr has opened a DOJ investigation into the origins of the FBI's counterintelligence investigation and illicit spying operation of Trump and his 2016 campaign. Mueller knows full well that the evidence that'll be uncovered will be damning.
Hence the real purpose of the Mueller's presser: He deliberately distracted the media's attention away from the DOJ investigation and got the punditry talking nonstop about impeaching the president instead.
It's a politically fueled chess move for all to see.
Posted by Pappy at 5:47 PM No comments:

At any given moment 100,000 migrants are making their way through Mexico, heading towards our Southern Border. Mexico is not stopping the flow of people through its country and the Radical Democrats continue to do NOTHING to secure our Border!