READ ON
youtube.com
Posted by Pappy at 11:01 PM No comments:

Email ThisBlogThis!Share to TwitterShare to FacebookShare to Pinterest
Giuliani Faces Off With Mueller 04/25/2018 Source: The Hill by: Max Greenwood

Giuliani, Trump's newly appointed personal lawyer,
cautioned that Trump and his advisers remain
opposed to a possible interview with Mueller's
investigators who are examining possible collusion
between the Trump campaign and Russia.

Giuliani also sought answers from Mueller on when
the investigation is expected to end, according to
the Post.

Mueller reportedly told Giuliani that he wanted to
ask the president about actions he took during the
transition period in late 2016 before his
administration and in early 2017 his first months in
office. Understanding why Trump took certain actions
Mueller told Giuliani, would help investigators
determine whether to end the investigation into
possible obstruction of justice.

Why is it allowed, ? One man, not a panel of judges, can determine that Trump and the GOP are wrong and this order cannot go through ????

Federal judge rules against Trump's decision to end DACA
WASHINGTON  — A federal judge ruled Tuesday against the Trump administration's decision to end a program protecting some young immigrants from deportation, calling the Department of Homeland Security's rationale against the program "arbitrary and capricious."
U.S. District Judge John D. Bates in Washington wrote that the decision to rescind the Deferred Action for Childhood Arrivals program, known as DACA, "was unlawful and must be set aside."

Bates wrote that DHS' decision "was predicated primarily on its legal judgment that the program was unlawful. That legal judgment was virtually unexplained, however, and so it cannot support the agency's decision."
Bates gave DHS 90 days to "better explain its view that DACA is unlawful." If the department cannot come up with a better explanation, he wrote, it "must accept and process new as well as renewal DACA applications."
The Justice Department said in a statement Tuesday night that the ruling "doesn't change" DOJ's position on the facts.
"DACA was implemented unilaterally after Congress declined to extend benefits to this same group of illegal aliens," the statement reads. "As such, it was an unlawful circumvention of Congress, and was susceptible to the same legal challenges that effectively ended DAPA. The Department of Homeland Security therefore acted within its lawful authority in deciding to wind down DACA in an orderly manner. Promoting and enforcing the rule of law is vital to protecting a nation, its borders, and its citizens. The Justice Department will continue to vigorously defend this position, and looks forward to vindicating its position in further litigation."
DACA allowed immigrants brought to the U.S. illegally as children, known as Dreamers, to stay and work legally under renewable permits. President Donald Trump announced last year that he would end the program started by President Barack Obama. It was officially rescinded in March, but DHS is continuing to issue renewals because of previous court orders.
Bates' ruling Tuesday night comes in a pair of cases whose lead plaintiffs are the NAACP and Princeton University. He is the third judge to rule against administration plans to end the program.
CBS News' Andres Triay contributed to this report.
Posted by Pappy at 9:22 PM No comments:

Last week, the Trump Administration ordered the National Guard to the border in some states to provide extra support to US Customs and Border Patrol during the illegal immigration "high season." This week, they also announced they're sending a cadre of immigration attorneys and judges to help process members of a "caravan" of asylum seekers, currently crossing Mexico and inching closer to the southern U.S. border.According to the Texas Tribune, legal professionals will begin arriving at the border this week. When the migrant caravan finally reaches the border, anyone who crosses illegally "will be referred for prosecution." Anyone claiming asylum will have their claim processed almost instantly. If their claims are "without merit" they will be deported back to their country of origin."If you enter the United States illegally, let me be clear: you have broken the law. And we will enforce the law through prosecution of illegal border crossers," the Department of Homeland Security official in charge of the operation told media in a statement. "DHS encourages persons with asylum or other similar claims to seek protections in the first safe country they enter, including Mexico."DHS isn't sure how many migrants -- if any -- will actually make it to the U.S. border. At one time, the caravan, which happens every year, had more than 1,500 participants. Most of those people trailed off in Mexico. A handful were captured trying to cross the border into California at Tijuana.  Source:Daily Wire
Posted by Pappy at 12:52 PM No comments:

This California State Assembly bill would BAN the Bible!


Tipping Point With Liz Wheeler on OAN
Posted by Pappy at 12:07 PM No comments:

“WHERE’S THE THE RECUSAL?”

She has a colorful and potentially controversial past that could arise as the case involving President Trump's personal attorney moves forward. Trump allies were quick to note that Wood once was considered for attorney general by then-President Bill Clinton -- and she even officiated the wedding of left-wing billionaire George Soros.

“Now she has power over the lawyer who works for the man who beat Bill’s wife in the 2016 election,” he tweeted. “WHERE’S THE THE RECUSAL?”


Judge Kimba Wood is presiding over trial of @realDonaldTrump’s lawyer.
She was picked by Bill Clinton to be Attorney General.
Now she has power over the lawyer who works for the man who beat Bill’s wife in the 2016 election.
WHERE’S THE THE RECUSAL?https://mobile.nytimes.com/1993/02/06/us/judge-withdraws-from-clinton-list-for-justice-post.html …  5:50 PM - Apr 16, 2018

Ever Since The Shooting At Marjory Stoneman  Douglas High School both of these "GROUPS" have been extremely quiet. I figure the agitaters have been so busy stirring up the school kids across the U.S., they don't have time for these two sets of ASSHOLES

EVEN NEWS FROM "STORMY DANIELS" HAS SLOWED DOWN.

We've been all over the recent developments involving former Deputy FBI Director Andrew McCabe's effective suspension, firing, and possible prosecution -- as well as his huffing and puffing about potential lawsuits against the Trump administration. Amid all the tribal yelling and partisan fingerprinting, this much is indisputable: McCabe ordered an unauthorized leak to the Wall Street Journal in July of 2016, then "lacked candor" (i.e. lied) about it on at least four occasions, including under oath. For this, he was fired, based on the recommendation of the Obama-appointed, nonpartisan Inspector General. The FBI's ethics office agreed. The IG also referred the case to the Justice Department for possible criminal charges, given McCabe's clear violation of the law. You cannot lie to federal investigators.

Former US prosecutor Andrew McCarthy -- whose insights into the entire Russia investigation saga and all of its offshoots, both favorable and unfavorable to President Trump -- are truly invaluable. We've quoted him at length throughout this ongoing drama, including just last week, when he explained why the Michael Cohen raids struck him as a sign of serious peril for Team Trump. In his latest piece, McCarthy recounts the circumstances of McCabe's firing and criminal referral, but argues that by fixating on those specifics, observers may lose sight of a critical element of the McCabe kerfuffle: Namely, what the original leak he authorized (which triggered the cascade of lies) was about:

I AM AT A LOSS... OVER THE NEW LYNCHING MEMORIAL

Blacks want all the memorials to the Civil War taken down, all the streets and buildings named after confederate officers changed. They want all the confederate flags taken down because these things (*)REMIND THEM OF SLAVERY. And NOW that they have been somewhat getting their way, they put up a memorial to "LYNCHING" complete with figures in chains. WHAT MORE OF A REMINDER COULD THERE BE TO SLAVERY ?? White people need to quit CAVING in to every whim black people have....I don't feel guilty over anything that happened to blacks over the years and guess what,....I NEVER OWNED A SLAVE ! ! and I refuse to be held responsible for anything my ancestors may have done ! ! ! They want "reparations"...Go get "REPARATIONS" from the tribes in Africa that captured you and your friends and families then sold you to the slave traders in the first place. OH wait, that wouldn't fit their agenda, they were BLACK AFRICANS...(kind of like "black lives matter", it's OK blacks get killed by blacks, just as long as they're not killed by whitey)

MONTGOMERY, Ala. — Visitors to the new National Memorial for Peace and Justice first glimpse them, eerily, in the distance: Brown rectangular slabs, 800 in all, inscribed with the names of more than 4,000 souls who lost their lives in lynchings between 1877 and 1950.

Each pillar is 6 feet (2 meters) tall, the height of a person, and made of steel that weathers to different shades of brown. Viewers enter at eye level with the monuments, allowing a view of victims' names and the date and place of their slaying.

As visitors descend downward on a slanted wooden plank floor, the slabs seemingly rise above them, suspended in the air in long corridors, evoking the image of rows of hanging brown bodies.

The memorial and an accompanying museum that open this week in Montgomery are a project of the nonprofit Equal Justice Initiative, a legal advocacy group in Montgomery. The organization says the two sites will be the nation's first "comprehensive memorial dedicated to racial terror lynchings of African Americans and the legacy of slavery and racial inequality in America."

There is one column for each of the 800 U.S. counties where researchers uncovered lynchings. Most of the roughly 4,400 killings happened in the South, but states coast-to-coast are represented.
READ MORE      (*) A college named after Robert E. Lee

America's First ? Museum Dedicated to Telling the Story of Slavery
(YOU MEAN THERE WILL BE MORE THAN ONE ?? )


Watch video below to see what blacks think of one another
Pastor James David Manning on "Black Folk".....https://youtu.be/t0stJkUWUyM

From the Daley Gator

During a county board meeting on Monday, members voted 8-1 to adopt a measure to prevent local authorities from enforcing any laws passed by the state that would “unconstitutionally restrict the Second Amendment.”

Board member David Campbell explained that the uptick in state House and Senate bills that aim to restrict those who would exercise their Second Amendment rights led to the board’s decision. “[We] decided it’s time for someone to take a hard stand.”

The resolution was drafted in the same vein as one passed in March by Iroquois County, Ill., which was explained in a statement by Iroquois board member Chad McGinnis. “The County of Iroquois firmly believes and supports the 2nd Amendment and strongly encourages other counties to join us in telling the Illinois General Assembly to stop infringing on the rights of our citizens.”…
READ MORE
Posted by Pappy at 9:20 PM No comments: 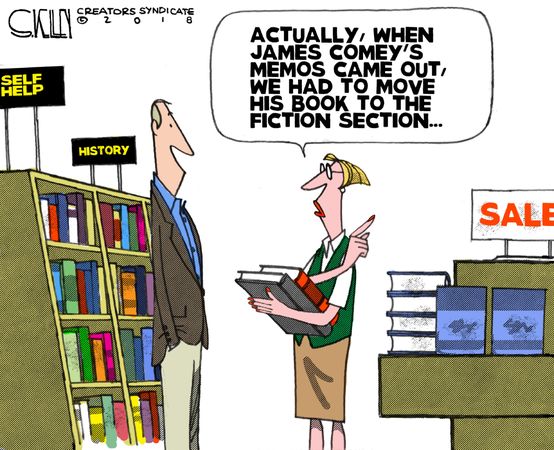 Email ThisBlogThis!Share to TwitterShare to FacebookShare to Pinterest
How stupid is Yeti, who do they think buys their over priced coolers? Hunters and fishermen

Oh the irony! Planned Parenthood is promoting weekend anti-gun march because it wants to "save children's lives."
Posted by Pappy at 4:41 PM No comments: