President Donald Trump has decided to cease cooperating with a Beltway conspiracy that is out to destroy him.

President Donald Trump has decided to cease cooperating with what he sees, not incorrectly, as a Beltway conspiracy that is out to destroy him.

“We’re fighting all the subpoenas,” Trump said Wednesday. “These aren’t, like, impartial people. The Democrats are out to win in 2020.”

Thus the Treasury Department just breezed by a deadline from the House Ways and Means Committee to deliver Trump’s tax returns.

Thus the Justice Department is withholding from the Oversight Committee subpoenaed documents dealing with the decision to include a question on the 2020 Census about citizenship status.

Across the capital, the barricades are going up figuratively as they did physically in the 1960s and '70s. Once more, it's us against them.

Cognizant of the new reality, Trump seems to be saying:

These House investigations constitute a massive political assault, in collusion with a hostile media, to destroy my presidency.
We do not intend to cooperate in our own destruction. We are not going to play our assigned role in this scripted farce. We will resist their subpoenas all the way to November 2020. Let the people then decide the fate and future of the Trump presidency — and that of Nancy Pelosi's House.
READ MORE
Posted by Pappy at 2:26 PM No comments:

Either produce her LIVING (or dead) body ......or have Trump appoint a NEW justice

And the demorats were pissed when AG Barr decided to NOT show up and answer questions he had already answered, that's why Lindsay Graham told Donald Trump Jr. to plead the 5th to dem. congress....he already answered those questions, I think it was 27 hours worth, but the "Rats" want another look to see if they "missed' something

I guess the DEMO-RATS don't think the U S borders are important
Posted by Pappy at 1:38 PM No comments:


ICE Official Has to Explain to Democrat Mazie Hirono What ‘Illegal’ Means   By Rusty  May 10, 2019

Nathalie Asher, acting head of ICE’s Enforcement and Removal Operations, had to explain what the term ‘illegal’ means to Senator Mazie Hirono (D-HI) at a congressional hearing earlier this week.

“I’d like you to clarify for me they who constitutes the illegally present population in our country,” Hirono asked.

Asher’s response will leave you shaking your head simply based on the fact that something so basic needs to be explained to a United States senator.

“I’m not quite sure I follow the question ma’am,” a befuddled Asher states. “Individuals who are here unlawfully … are considered in an illegal status as it relates to immigration law.”

You … you mean to tell us that people here unlawfully are … Illegal?! What a concept!

Watch the moment the head of ICE’s Enforcement and Removal Operations team is forced to explain to Sen. Mazie Hirono what “illegal” means.

“Individuals who are here unlawfully… are considered in an illegal status as it relates to immigration law.” pic.twitter.com/6y0tjzE5ns

Asher, during her opening statements, added that ICE needs funding to safely deal with these unlawful or illegal people.

Our nation continues to experience an unprecedented illegal immigration crisis on our southern border,” she advised. “Without the necessary funding and legislative changes, the integrity of our immigration system will continue to be undermined.”

Not to mention the ‘funding and legislation’ is being governed by people who don’t know what ‘illegal’ means.

Asher went on to explain that illegals bringing children with them are skipping out on court appearances after release, a legal requirement within 20 days of detention.

That’s why they bring the kids with them, whether they are an actual family or not.

Border Patrol chief Carla Provost emphasized, “They have received the message loud and clear: Bring a child, you will be released.”

One could forgive Mazie for not knowing what ‘illegal’ means since every member of her party and the mainstream media have stopped using the term when it comes to immigration. Perhaps she simply forgot.

Remarkably, however, this isn’t the first time Hirono had been confused about easily understandable concepts when it comes to illegal immigration.

Last year she had to be corrected by another ICE officials when she claimed that immigration law was something President Trump simply decreed.

Illegal immigrants “have broken a law only as deemed so by [President Donald Trump],” Hirono claimed.

“No ma’am,” Matthew Albence, recently tapped by the President to head ICE responded. He then explained that it is the Immigration and Nationality Act of 1952, codified under Title 8 of the U.S. Code, that deems them as illegal.

Email ThisBlogThis!Share to TwitterShare to FacebookShare to Pinterest
The FBI’s “Raw Intelligence” Excuse for the Steele Dossier Is Garbage     Posted  May 13, 2019 by Bonchie

The most common excuse for the FBI’s ridiculous handling of the of the Steele Dossier, put together by foreign spy Christopher Steele and paid for by Hillary Clinton, is to proclaim that it was just “raw intelligence!” We’ve seen that idea propagated on every cable network, in ever mainstream publication, and by countless Democrat politicians.

The Daily Caller hit on the issue today.

The spy term, which describes information directly from a source that has not been fully analyzed, is intended to downplay the dossier’s significance to the collusion narrative. Christopher Steele, the dossier author, gathered his intelligence from a trusted network of sources, the argument goes, and provided it to seasoned investigators to analyze.

The problem is that the FBI clearly didn’t treat it as such.

Read Bookers gun proposal first,.... then read the article and see what Bookers proposal would have done to stop Juan Perez from obtaining ANY of the guns he had....SO , it won't stop any illegals from obtaining guns, it will just be a HINDRANCE for the LAW ABIDING GUN OWNERS to "keep and bear" their ARMS.....


Find out what Cory Booker has in mind for gun owners, read our latest story HERE

According to the press release, "unlawfully present Mexican national Juan Antonio Perez, 46, was indicted on federal felony charges May 7 in U.S. District Court for the Northern District of Georgia pursuant to a years-long investigation by U.S. Immigration and Customs Enforcement’s (ICE) Homeland Security Investigations (HSI) that culminated in the simultaneous execution of six federal search warrants in Georgia and Tennessee last week resulting in the federal criminal charges issued Wednesday."

Perez's business, Aztec Construction, allegedly operated by employing illegal aliens and paying them a below-market wage which allowed his business to reap profit against competitors who were acting within the law. "Perez is also charged with being an illegal alien in possession of 14 firearms – federal law prohibits illegal aliens from possessing firearms," the press release says.

According to ICE, "Perez allegedly used the proceeds of his illegal activity to build a 7,500-square-foot house, bought other houses where he allowed some of his employees to live, and purchased more than 50 sports cars and heavily customized trucks."

Special Agent in Charge of Homeland Security Investigations Atlanta Nick S. Annan told media that, "Individuals, like Mr. Perez, who flagrantly violate federal law to give themselves an unfair business advantage are cheating both law-abiding employers and employees exploited by these unfair and illegal labor practices."

"This case is an illustration of serious threats to public safety on numerous levels," Annan added.

His large cache of weapons also raises additional concerns for authorities. “Perez not only broke the law by allegedly hiring illegal aliens at below-market wages and paying no taxes, he had a large assortment of weapons including shotguns and pistols that he had acquired through various means other than buying them himself,” U.S. Attorney Byung J. “BJay” Pak told media.

The case will now head to trial. Assistant U.S. Attorney William Traynor is prosecuting the case.
Posted by Pappy at 4:06 PM No comments:

What does Biden mean by "Make America Moral Again" ? 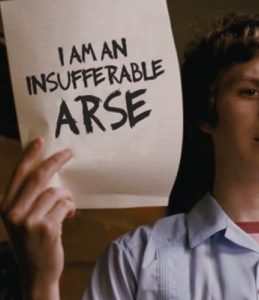 Joe Biden is running his Hillary 2.0 campaign with a rip-off version of Trump's MAGA, "Make America Moral Again."
Robert Ringer isn't too impressed. Morality in the hands of the wrong person becomes a tiresome stick to beat opponents with, he says. And the left has this down to a fine art.
So, what, exactly, does Jester Joe mean when he says he wants to make American moral again? And what is an Absolute Moralist?

NOW.....This is "white privilege"...His family evidently has money and friends in high places.....Not the normal, but this does happen occasionally.....