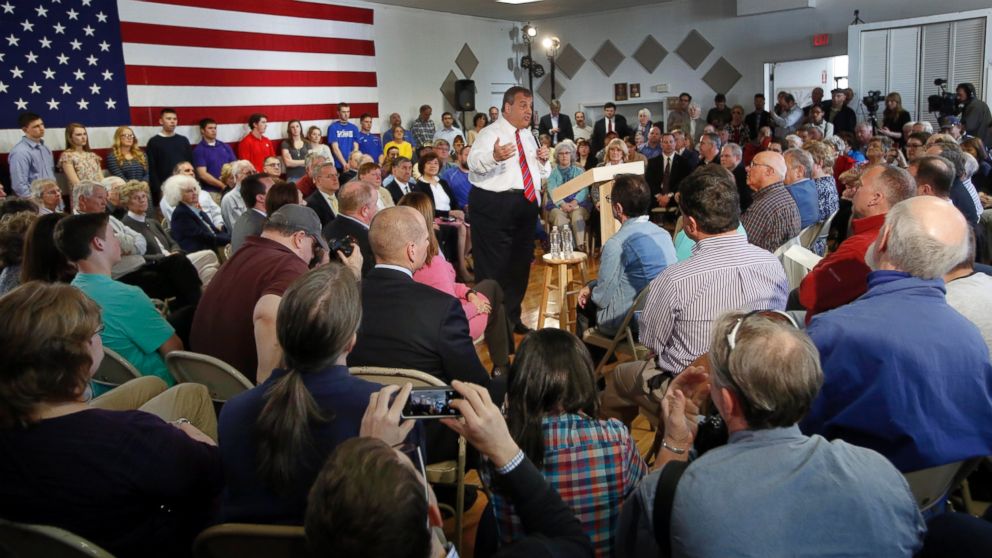 New Jersey Gov. Chris Christie, R-N.J. takes a questions during a town hall meeting with area residents in Londonderry, N.H., April 15, 2015. AP Photo
A day after the Obama administration recommended that the U.S. government reverse its long-standing policy designating Cuba a state sponsor of international terrorism, Chris Christie called the move a "national disgrace."
In an appearance today at a town hall meeting in Londonberry, New Hampshire, Christie took aim at President Obama's diplomatic warming with the Communist nation.
"It is a national disgrace that the president is engaged in those conversations and even considering taking that country off the terrorist watch-list," Christie said.
"If Cuba wants normalized relations with the United States, start acting like a normal country," he said.
Obama Tuesday recommended reversing the longstanding U.S. policy of keeping Cuba on a list of state sponsors of terrorism. The administration released a statement declaring Obama's "intention to rescind Cuba’s State Sponsor of Terrorism designation" days after his return from the Summit of the Americas in Panama.
Christie also said he would make his final decision on a run for president in "late spring, early summer."
Posted by Pappy at 5:23 PM