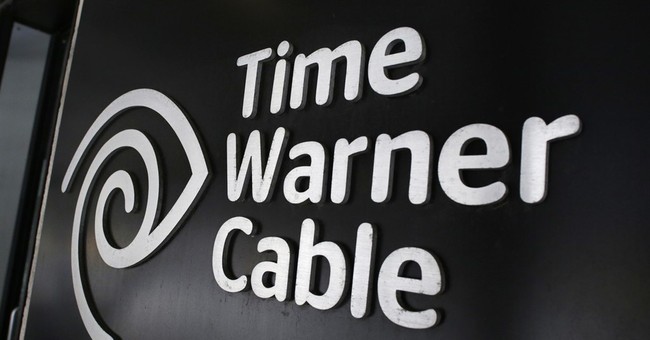 New York Times media columnist Jim Rutenberg was granted front-page real estate in the August 8 newspaper for an essay called, "The Challenge Trump Poses to Objectivity." As with all things revolving around this candidate, this is a Crisis demanding Deep Thinking.
Rutenberg asks, "If you're a working journalist and you believe that Donald J. Trump is a demagogue playing to the nation's worst racist and nationalistic tendencies, that he cozies up to anti-American dictators and that he would be dangerous with control of the United States nuclear codes, how the heck are you supposed to cover him?"
Answer: like a dangerous, racist demagogue.
Some questions on the matter:
Why wasn't the answer "Impartiality is mandatory in political coverage"? If a reporter cannot manage this -- and some simply cannot -- then he should recuse himself from the assignment. This is first-semester journalism. Why can't that cardinal rule be followed?
How is this suddenly a crisis? Trump's been campaigning for over a year. Where were all those journalists presumably struggling with this issue (Rutenberg wouldn't otherwise be writing about it) during the primaries? Answer: Trump was running against other Republicans, and that was fun. But now he's running against Hillary Clinton, and her camp is pushing this narrative, so an obedient media must project it, as it always does, which leads to the next point.

READ MORE
Posted by Pappy at 10:14 PM No comments:

Email ThisBlogThis!Share to TwitterShare to FacebookShare to Pinterest
Banning Toy Guns Won’t Save Lives in Philadelphia or Anywhere Else in America

Felicia Pendleton is speaking out against gun violence in Philadelphia, PA after her son, 20-year-old Jayvon Mitchell-Pendleton, was shot and killed while walking on the sidewalk in North Philly’s Strawberry Mansion neighborhood in March. Police charged a 15- and a 20-year old with Jayvon’s murder, but Pendleton says still she has no answers as to why her son was murdered.
“As far as I know, my son and his friend were just walking down the street. They were laughing and joking and they were actually ambushed. They never seen the shooters even coming,” she said.
While my heart goes out to Pendleton for her unimaginable loss, I vehemently disagree with her plan to end gun violence.
“Do away with the toy guns. Do away with the cap guns because it goes from cap guns, toy guns, to real guns,” she said. “It’s so easy to pull that toy gun trigger ― just as easy as it would be for a 15-year-old to pull the trigger [of a real one.]”
Eliminating children’s toy guns thinking that pulling a plastic trigger will somehow lead anyone to murder is ludicrous. The key to stomp out gun violence? Education.
“After you deal with a loss, you’re in a highly emotional state, so I understand her perspective and what she’s trying to get at but I’m not a fan of banning anything,” said Maj Toure, founder of the Black Guns Matter organization. “To say ‘let’s just ban everything because some people have been affected by other people’s irresponsibility’ is like putting a BandAid on a broken leg.”
“Just because you grew up with a Super Soaker water gun, that doesn’t mean you’re going to transition into shooting anyone.”
Maj’s plan to end gun violence? Education.
“How about we inform our children about what real firearms are, educate them properly, teach them about guns. The NRA has a great program, the Eddie Eagle program for kids,” Toure concluded. “Training and education programs for kids to teach gun safety is the answer, not ignoring reality and banning anything.”
Posted by Pappy at 10:03 PM 1 comment:

Again I find myself caught in a wi-fi area that doesnt exist. Things will get better eventually.....I hope I can only get connected at certain times of the day and once in a while at night
Posted by Pappy at 10:17 PM No comments: