Four Rioters Indicted By Federal Grand Jury – They Have Been Charged With Setting Fire To Minneapolis Police Department  By Daniel Ottomire  August 27, 2020 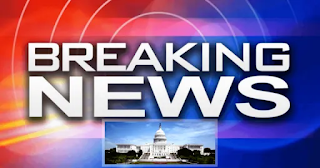 Americans are getting increasingly outraged over the damage and chaos raging across U.S. cities.

It seems local Democrats refuse to acknowledge the protests have turned into riots.

Many governors and mayors have even rejected offers by Trump to restore law and order.

But there is a ray of hope. Just because local leaders refuse to act, doesn’t mean the DOJ isn’t hard at work.

Because a federal grand jury has just indicted four mean for their actions in Minneapolis:

Each of the four men, who are all residents of Minnesota, face one count of conspiracy to commit arson for their alleged actions on May 28.

A federal grand jury indicted four men for conspiracy to commit arson, in connection with the riots that started in Minneapolis on May 28.

Since then, riots, looting, and general destruction has been occurring all over the country. But mostly in blue, Democrat-run cities.

Local leaders, including governors, have called the riots “peaceful” and instead attacked police officers.

To the shock of millions of Americans, many Democrats have even defunded their police departments. It should come as no surprise when crime surged and riots continued.

President Trump vowed to restore law and order, but many Democrats refuse to cooperate with him.

Regardless, the Trump administration launched Operation: Legend, to end the surge of violent crime.

These indictments are no doubt a part of that project, which also included over 1,000 arrests and 200 other criminal charges being filed.

Law and order have become major issues in the 2020 Election. As radical anarchists (connected to left-wing groups) rage across the country, Joe Biden and the Democrats appear to be turning a blind eye.

Biden himself has voiced support for defunding cops and appears to have done little to condemn violence.

President Trump, on the other hand, has vowed to produce meaningful police reform, while combating anyone that seeks to overthrow our way of life.

He has routinely called on Democrat leaders to step in and end the riots. Few have answered his calls.
Posted by Pappy at 5:48 PM