Nullification Is For Sissies | Dump DC

THIS IS A REPRINT FROM AN ARTICLE IN A SITE CALLED "DUMP D C"       Not sure how I feel about the article, but is surely something to think about [another point of view]


(Editor’s Note: I see a lot of talk in the media about how some state legislatures are planning nullification measures. All candyasses and cowards. Today’s article is a reprint from July 2010.)
by Russell D. Longcore
That title is kind of a throw-down challenge, isn’t it? That is exactly what I meant for it to be…a challenge to the present-day promoters of Nullification to entirely rethink and re-evaluate their foundational principles.
Nullification sound so reasonable…so diplomatic…so sophisticated…so strategic…so statesmanlike. Who could assail such a measured response?
Russell Longcore, reporting for duty
If you’re not familiar with the concept of Nullification, let me give you the shortest overview..read more
Posted by Pappy at 10:15 PM No comments:

If We Can’t Trust an Official to Uphold the Law, What Good Are They?

The Attorney General is supposed to be the top law enforcer in the country. His job is to oversee the Justice Department and make sure that the laws of this nation are being followed.
Let’s face it: Eric Holder is not the first Attorney General to play fast-and-loose with the law in America and he probably won’t be the last. But his position as Attorney General is the definition of irony as it has become painfully obvious that the chief law enforcer in the country doesn’t care about the law that the rest of us must follow. While Bobby Kennedy may have fudged the law, Holder has dedicated himself to outright, unabashed corruption and political manipulation.
The Obama Administration is rife with corruption. More concerned with the maintenance of power than the fundamental principles of our Republic, the Obama Administration has bounced from one scandal to another since the moment the community organizer took office.read full story
Posted by Pappy at 10:30 AM No comments:

DailyCaller-Johnson
Lois Lerner, the senior IRS official at the center of the decision to target tea party groups for burdensome tax scrutiny, signed paperwork granting tax-exempt status to the Barack H. Obama Foundation, a shady charity headed by the president’s half-brother that operated illegally for years.

According to the organization’s filings, Lerner approved the foundation’s tax status within a month of filing, an unprecedented timeline that stands in stark contrast to conservative organizations that have been waiting for more than three years, in some cases, for approval.
Lerner also appears to have broken with the norms of tax-exemption approval by granting retroactive tax-exempt status to Malik Obama’s organization.
Read More

When Marion Bower decided to start her tea party organization in 2010, she didn’t know that it would take nearly two years for the Internal Revenue Service to approve her request for tax-exempt status.
The Ohio woman also did not expect that providing information about the books her group read would be part of the application process.
“I was trying to be very cordial, but they wanted copies of unbelievable things,” Bower told ABC News today. “They wanted to know what materials we had discussed at any of our book studies.”
She ultimately sent one of the books, “The Five Thousand Year Leap,” promoted frequently by Glenn Beck, to the IRS official handling her tax-exempt request in Cincinnati. She also sent a paperback copy of the Constitution.

“They wanted a synopsis of all the books we read,” Bower said. “I thought, I don’t have time to write a book report. You can read them for yourselves.”read more


Is Obama The Least Informed, A Liar, Or Just A Figurehead President?

,
The Department of Justice seizes the Associated Press telephone records and according to Obama's mouthpiece, Jay Carney, "Other than press reports, we have no knowledge of any attempt by the Justice Department to seek phone records of the AP."

The IRS targets conservative groups that opposes Obama's agenda pro-Israel groups that disagree with Obama's policies and Mitt Romney donors that wanted to see Obama lose his reelection and Obama claims, " I first learned about it from the same news reports that I think most people learned about this.  I think it was on Friday." (Note- White House Counsel knew back in April)

click for full story
Posted by Pappy at 7:45 PM No comments:

Why are these people holding office ? if they don't know what's going on, lets get someone in there that does

Saudi man with pressure cooker due in Mich. court

LoadinDETROIT (AP) -- A Saudi man arrested at Detroit Metropolitan Airport after federal agents said he lied about why he was traveling with a pressure cooker is due in court.
Hussain Al Khawahir is scheduled to appear Tuesday in U.S. District Court in Detroit for a hearing to determine whether he will be released on bond or detained.
Al Khawahir was arrested Saturday on allegations of lying to agents and using a passport with a missing page. His nephew, Nasser Almarzooq, told The Associated Press Monday the case was a misunderstanding about the device he wanted for cooking.
Almarzooq says his uncle was coming to visit him for a couple weeks. Almarzooq is a student in University of Toledo in Ohio.

Two pressure cookers were used in the Boston Marathon bombings last month.
Posted by Pappy at 4:05 PM No comments:

You know that secretly Obama (and the main stream media) is happy about and welcomes the IRS scandal because it takes the country's focus off the Benghazi murders. It is much easier for the president to stand at a podium and righteously attack the IRS and swear he will never let this happen again, than it is to explain the malfeasance, incompetence, negligence and criminal decision making that went on in the Benghazi murders. And it is much easier for the main stream media to act like they are doing their job in the IRS scandal than in the Benghazi case. Everyone who is lemming for Obama wants the Benghazi case to go away.Jack Byrnes · 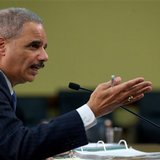 WASHINGTON (AP) — The Justice Department secretly obtained two months of telephone records of reporters and editors for The Associated Press in what the news cooperative's top executive called a "massive and unprecedented intrusion" into how news organizations gather the news.

The records obtained by the Justice Department listed outgoing calls for the work and personal phone numbers of individual reporters, for general AP office numbers in New York, Washington and Hartford, Conn., and for the main number for the AP in the House of Representatives press gallery, according to attorneys for the AP. It was not clear if the records also included incoming calls or the duration of the calls.

In all, the government seized the records for more than 20 separate telephone lines assigned to AP and its journalists in April and May of 2012. The exact number of journalists who used the phone lines during that period is unknown, but more than a hundred journalists work in the offices where phone records were targeted, on a wide array of stories about government and other matters.Full Story
Posted by Pappy at 3:25 PM No comments:

Benghazi Victim's Mother on Hillary: "She Has Her Child, I Don't Have Mine Because of Her"

"I want to wish Hillary a Happy Mother's Day. She has her child. I don't have mine because of her."


Dems Shoot Themselves in the Foot Again On Guns

Despite suffering the most humiliating rejection of his presidency, President Obama and the liberal establishment are determined to revive their failed gun control scheme. That’s a good thing. The Republicans should remember Napoleon’s warning that you should never interrupt an enemy when he is making a mistake. This mistake will cost the Democrats dearly in 2014.
We need to understand that

I think we ought to meet the Democrats halfway: Ban and confiscate all guns owned by DEMOCRATS. THEY want them banned. THEIR voters return them to office to do so. Fine - when a background check is performed, deny any Democrat the purchase, ownership and possession of any and all guns. OBTW - the crime rate in Chicago (D), DC (D), NY (D) and LA (D) and all other major metros (D) will drop instantly.
Posted by Pappy at 8:43 PM No comments:

Email ThisBlogThis!Share to TwitterShare to FacebookShare to Pinterest
Labels: comments

Dems Shoot Themselves in the Foot Again On Guns

Despite suffering the most humiliating rejection of his presidency, President Obama and the liberal establishment are determined to revive their failed gun control scheme. That’s a good thing. The Republicans should remember Napoleon’s warning that you should never interrupt an enemy when he is making a mistake. This mistake will cost the Democrats dearly in 2014.
We need to understand that the motivation behind the gun grabbing campaign has always been more than just naked political calculation. Certainly, liberals think it will help motivate their base and maybe shore up the squishy suburban mom demographic for 2014, but this is really a campaign fueled by emotion.
That emotion is hate.
This isn’t about dead children. If saving kids was their real motivation, liberals would have long ago allowed the police to end the daily slaughter in Democrat-owned war zones like Chicago, Detroit and Washington, D.C. No, this campaign is driven by elitist hatred for regular Americans who refuse to bend to their will, who defiantly live life on their own terms, and who stubbornly resist accepting the moral supremacy of the urban liberals who would rule them.
They want to show us who is boss, to put us in our place, to take away the proud symbols of – and the tools that protect – our independence for one reason and one reason only. They want to show that they can.
Posted by Pappy at 8:36 PM No comments: 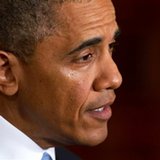 Full Story
Posted by Pappy at 8:19 PM No comments: