Why Did The US Postal Service Run A Covert Program Monitoring Americans’ Social Media Activity After January 6?   BY RUSTY WEISS  SEPTEMBER 28, 2021 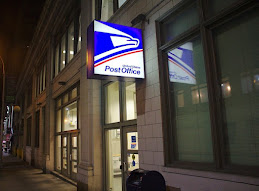 Politico revealed in a striking column that the United States Postal Inspection Service’s Internet Covert Operations Program – or iCOP – sprang into action just five days after the events at the Capitol.

That the Postal Service has such a program is itself undoubtedly news to many.

Among their activities were sending bulletins to law enforcement agencies throughout the country “on how to view social media posts that had been deleted” and providing descriptions of their surveillance of posts on a ‘fringe’ social media network.

“Few Americans are aware that the same organization that delivers their mail also runs a robust surveillance operation rooted in an agency that dates back to the 18th century,” Politico writes.

They add that iCOP’s involvement in the days after January 6 “raises questions about how broad the mandate of the Postal Service’s policing arm has grown from its stated mission of keeping mail deliverers safe.”