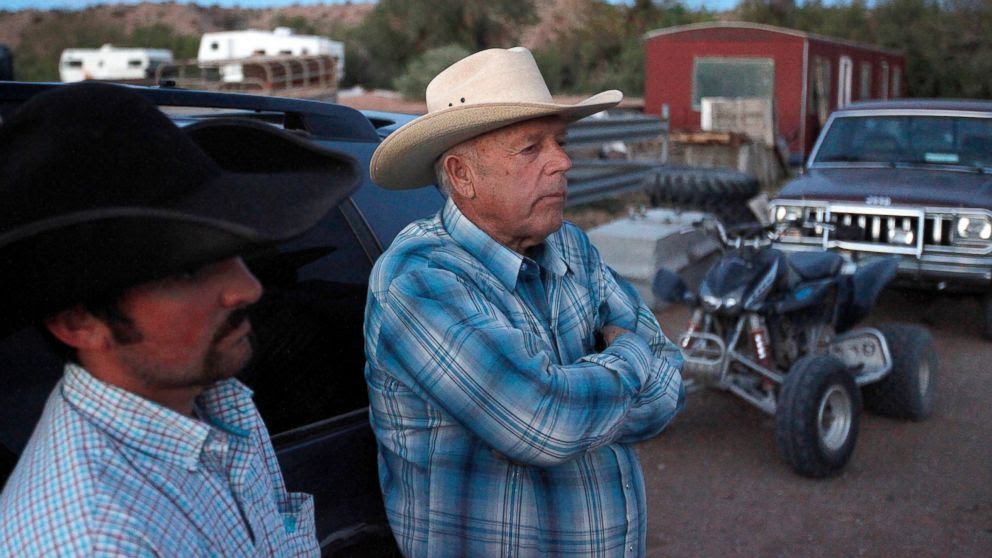 A Nevada rancher's threat to wage a "range war" with the federal Bureau of Land Management precipitated a standoff today between supporters of the embattled rancher, Cliven Bundy, and law enforcement officials.

Bundy posted a statement on the Bundy Ranch website on Sunday night saying: "They have my cattle and now they have one of my boys. Range War begins tomorrow."
He invited supporters to show up this morning on his property, about 80 miles northeast of Las Vegas, near Bunkerville, just west of the Utah state line.
Bundy's beef with federal land management officials dates back to 1993, according to federal officials, when Bundy's allotment for grazing his cattle on public land was modified to include protections for the desert tortoise. Bundy, who told the Associated Press his family has been ranching this part of Nevada since the 1870s, did not accept the modified terms, and continued to let his cattle graze anyway.

After legal maneuverings on both sides, a Nevada district court judge in 2013 permanently enjoined Bundy's cattle (some 900, by the government's count) from grazing on public property. The judge reiterated that decision in 2013 and authorized the U.S. government to impound the cattle.                    FULL STORY
Posted by Pappy at 10:18 PM

Gee, maybe them cows should have been better educated so as to be able to read No Trespassing signs. Ya just can't make up this level of ignorance on the part of bureaucrats.............