Happy Kwanzaa! The Holiday Brought to You by the FBI 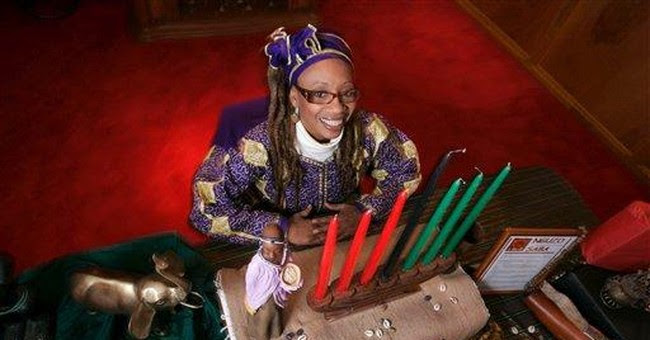 I will not be shooting any Black Panthers this week because I am Kwanza-reform, and we are not that observant. Kwanzaa, celebrated exclusively by white liberals, is a fake holiday invented in 1966 by black radical/FBI stooge Ron Everett -- aka Dr. Maulana Karenga, founder of United Slaves, the violent nationalist rival to the Black Panthers. In the annals of the American '60s, Karenga was the Father Gapon, stooge of the czarist police.
In what was ultimately a foolish gambit, during the madness of the '60s, the FBI encouraged the most extreme black nationalist organizations in order to discredit and split the left. The more preposterous the group, the better. By that criterion, Karenga's United Slaves was perfect.
Despite modern perceptions that blend all the black activists of the '60s, the Black Panthers did not hate whites. Although some of their most high-profile leaders were drug dealers and murderers, they did not seek armed revolution.