Why Have There Been More Mass Shootings Under Obama than the Four Previous Presidents Combined? 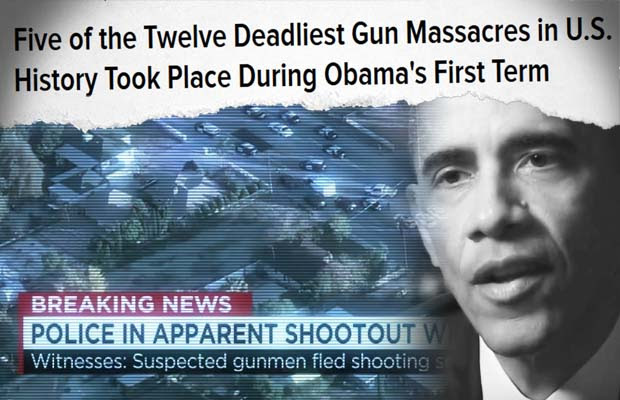 We live in a world of short-term memories and long-term memory deficiencies. If the 24-hour news cycle was any indication, Americans appear to be bouncing from one catastrophic mass shooting to the next, with hardly any breathing room. Like this is just a regular occurrence America has learned to endure because… guns. It’s the prevalence of firearms in the hands of the people, the anti-gunners say. Calls to limit, rewrite, redefine, or outright dispose of the 2nd Amendment are rampant.
But no one is looking at the data. If they did, they would realize something is really, really, really wrong here.
No, there haven’t always been so many mass shootings. It hasn’t always been this way. Mass shootings have skyrocketed in this country just in the last seven years under President Obama.
READ MORE
Posted by Pappy at 10:05 PM