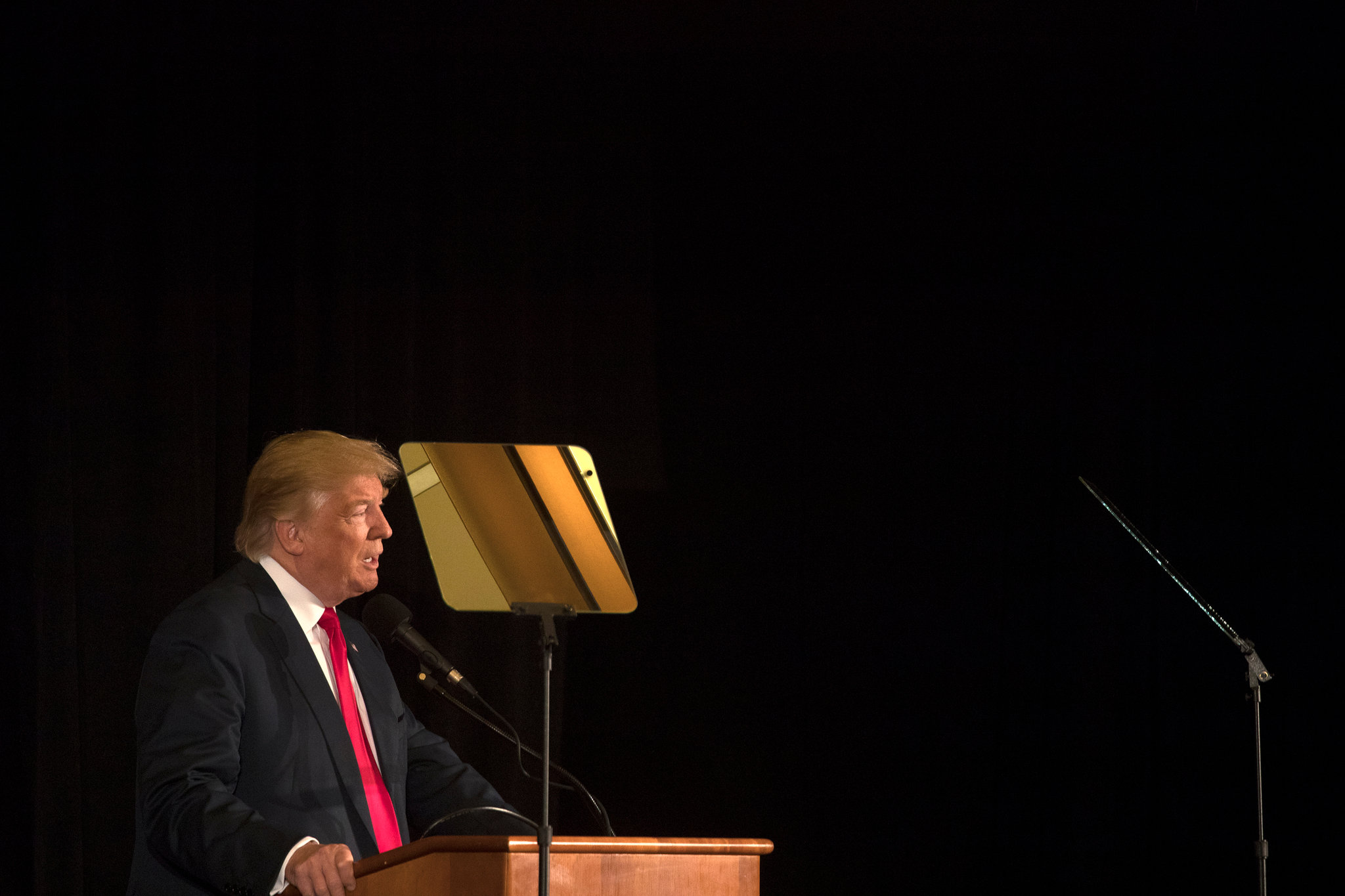 
The letter, which was sent on Friday and released on Monday morning by Mr Schneiderman's office, said that its charities bureau had determined that the Donald J Trump Foundation had been fundraising in New York this year when it was not registered to do so under state law.

"The Trump Foundation must immediately cease soliciting contributions or engaging in any other fundraising activities in New York," wrote Mr James Sheehan, the chief of the charities bureau.
Mr Trump's foundation has come under increasing scrutiny amid questions about his fulfillment of large charitable pledges and his lack of financial support in recent years.
The foundation's compliance with the rules that govern non-profit groups has also been a concern. The New York Times reported last month that Mr Trump's foundation does not show up on the charity registers in many states and The Washington Post subsequently reported that the foundation did not have the certification necessary to solicit money in New York.
"While we remain very concerned about the political motives behind AG Schneiderman's investigation, the Trump Foundation nevertheless intends to cooperate fully with the investigation," said Trump spokesman Hope Hicks. "Because this is an ongoing legal matter, the Trump Foundation will not comment further at this time."
Mr Trump previously has deflected criticism about his charitable giving, saying he makes contributions personally and that he has been supportive of his foundation.
Mr Schneiderman's office is investigating Mr Trump's foundation to determine if it is in compliance with state laws, including how it spends its money.
In the letter, his office provided notice to Mr Trump's foundation that within 15 days it must provide certain documents required to be filed by organisations that solicit contributions, including audited financial statements and annual financial reports. It also must file any "delinquent reports" for past years within that time frame.
"The failure immediately to discontinue solicitation and to file information and reports" with the charities bureau, Mr Sheehan said, "shall be deemed a fraud upon the people of the state of New York."
Mr Schneiderman, a Democrat and a supporter of Mr Trump's opponent, Mrs Hillary Clinton, has also asserted in a separate pending case that Mr Trump defrauded students who participated in Trump University, his for-profit educational programme.
Posted by Pappy at 11:29 PM