SURE....Do it now, so that if anything happens to the Trump Presidency, THIS WILL ALL JUST DISAPPEAR 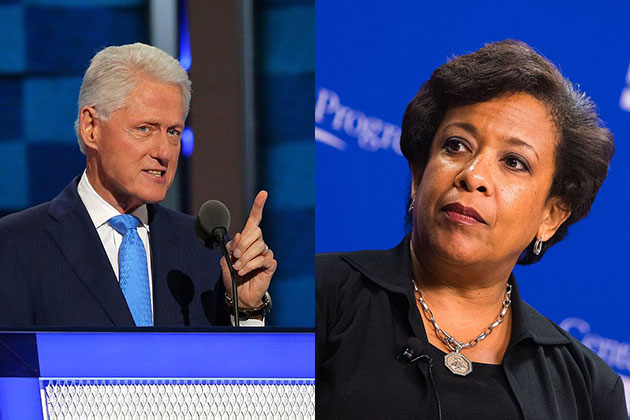 The FBI is now looking for records of the infamous Clinton-Lynch tarmac meeting.

The FBI has "reopened" its consideration of a request for records on the infamous 2016 tarmac meeting between then-Attorney General Loretta Lynch and former President Bill Clinton, the group behind that request told Fox News.
American Center for Law and Justice President Jay Sekulow called the development a “positive sign,” in an interview Wednesday on “Fox & Friends.”
Sekulow said the FBI sent him a letter saying it had reopened his Freedom of Information Act request for documents related to the June 2016 meeting. At first, the FBI and DOJ said they did not have documents detailing the tarmac meet-up, before recently releasing a batch of emails. They are now searching for more records.   Will we finally get to the bottom of that suspiciously timed meeting?