In a 9-0 ruling, the U.S. Supreme Court issued a crushing defeat to warrantless gun confiscation. May 17, 2021 Sandy Malone 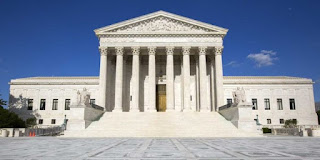 Washington, DC – The U.S. Supreme Court on Monday ruled that warrantless seizures of firearms from Americans’ homes is unconstitutional and violated the Fourth Amendment.

The nation’s highest court found in favor of Edward Caniglia from Cranston, Rhode Island on May 17.

Caniglia’s guns were taken by police after his wife said she was worried he would hurt himself, according to the ABA Journal.

The seizure occurred after he had a fight with his wife and took out an unloaded handgun and put it on the table and told her to shoot him and put him out of his misery.

Caniglia stormed out of the house, so his wife hid his gun and then went to spend the night elsewhere, NPR reported.

When she couldn’t reach him the next morning, she called the Cranston police to do a welfare check and escort her to their home.

Caniglia was on his front porch when they arrived and officers worked to convince him to go to the hospital for a psychiatric evaluation even though they wrote in their police report that he “seemed normal” and “was calm for the most part,” according to the Foundation for Economic Education (FEE).

He agreed to go, but only after police allegedly promised not to confiscate his firearms, the ABA Journal reported.

But after Caniglia was gone, officers told his wife that he had agreed to have his weapons confiscated, FEE reported.

Then they entered the home and seized two guns, the ABA Journal reported.

Caniglia was evaluated and released from the hospital the same day, but police refused to return his legally-owned weapons that had been removed without a warrant, FEE reported