Leftist Shadow Governments Control A Lot More Than Our Elections  This kind of tax-exempt political interference is now standard practice for the world's far-left ultra-rich, and it's affecting a whole lot more than elections.   By Joy Pullmann  OCT 20, 2021 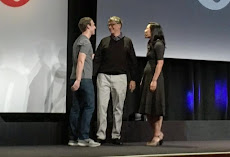 Many Americans are awakening to the fact that we seem to have no local control of a lot of local things: public schools, our terms of employment, local governments, local elections. That last one popped again recently with the release of my colleague Mollie Hemingway’s deeply reported 2020 election investigation book, “Rigged.”

That book, and some great corroborating independent reporting, show that 2020 election chaos was part of an effective and well-funded plan to help Democrats win by rigging the playing field. One key strategy deployed to that end has become default on the left yet still often goes unremarked and unchallenged. It’s called “advocacy philanthropy.”

In the 2020 election, Facebook zillionaire Mark Zuckerberg used this strategy to deploy nearly half a billion dollars to help Democrat activists infiltrate local government election apparatuses, literally paying for election equipment and the salaries of partisans who counted ballots. This kind of tax-exempt political interference is now standard practice for the world’s far-left ultra-rich, and it’s affecting a whole lot more than elections. It’s constructed essentially a shadow government that pits elected officials against their voters on behalf of moneyed interests.
How the Rich Influence Politics With ‘Philanthropy’

In the past two decades, large foundations have begun to “engage more directly with the political process by supporting advocacy organizations, investing in the implementation of major policy reforms, and ensuring that their research investments are targeted to advance specifc policy priorities,” document politics professors Sarah Reckhow and Megan Tompkins‐Stange in a 2018 paper. These large foundations are predominantly run by leftists, including Bill and Melinda Gates, Zuckerberg, and George Soros.

Their “advocacy philanthropy” strategy is a departure from the traditional philanthropy still largely practiced by the “local gentry,” more modest donors close to local communities and causes.

Traditional charity focuses on clear, concrete human needs: Food. Clean water. Sports equipment. Teachers. Missionaries. And so forth. It also provides, say, funding for big projects that would be difficult for the non-rich to raise in a timely manner, such as capital funding for schools, churches, and libraries.

Advocacy philanthropy, on the other hand, focuses on not directing private money to charitable ends, but on using private money to affect what government entities do. In other words, it’s tax-exempt political activism.
How Bill Gates Overrode Millions of Votes

One of the pioneers of this strategy has been Bill Gates. He used it extensively to control how states and the federal government run public schools, effectively using one man’s trillions to outweigh the votes and voices of millions of American citizens. His crowning achievement was Common Core.

“For years, Bill Gates focused his education philanthropy on overhauling large schools and opening small ones. His new strategy is more ambitious: overhauling the nation’s education policies,” The New York Times reported in 2011 after the Common Core project was already locked in at the federal level. “…In some cases, Mr. Gates is creating entirely new advocacy groups. The foundation is also paying Harvard-trained data specialists to work inside school districts, not only to crunch numbers but also to change practices. It is bankrolling many of the Washington analysts who interpret education issues for journalists and giving grants to some media organizations.”