Of course the demoRats are going to TRY to slip it in with something else...wfen basically the GOP only really want "VOTER I D "

You didn't have to be a magician to recognize the sleight-of-hand when Democrats pulled a "voting rights" campaign out of their Jan. 6 "armed insurrection" hat. 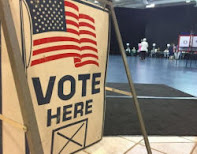 Even before President Biden finished his fire-and-brimstone speech condemning Republicans for "placing a dagger at the throat of democracy" in 2021, he and his handlers had pivoted to the 2022 midterm elections and the necessity of Democrats winning them. It was bad enough when the domestic (i.e., Republican) "terrorists" were running through the halls of Congress, but God forbid they ever have the chance to actually run Congress again, right?

So that meant Democrats needed to find some way to overcome Biden's lousy poll numbers and win the midterms despite being massively unpopular. And the only way to do that was a little something called "election reform." So Joe Biden staked the future of his party on yet another angry speech, this time about protecting the "right to vote" from all enemies, foreign and domestic. The "defeated former president" (he who will not be named) was the chief domestic enemy, but his band of racist Republican senators were just as dangerous.

And, of course, the media pundits nodded their heads in agreement. Orange man bad, and doddering Joe jolly well good. Time and again, we heard the darlings of the left complain about Republican efforts at "voter suppression," which they say is a wicked scheme to undermine democracy by depriving people of the right to vote.