What to expect ?? THE WORST !! You know this isn't the kids....they are being used as PAWNS. All to promote the LIBERAL AGENDA.

What to expect from Friday's massive National School Walkout  By Holly Yan, CNN 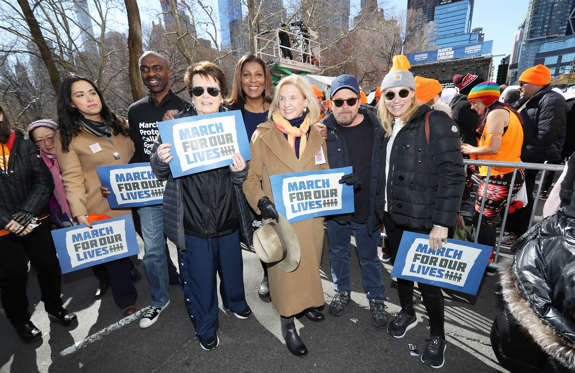 If you think students are done protesting gun violence, get ready for the National School Walkout.
On Friday morning, students from more than 2,500 schools across the country will stream out of class to demand lawmakers take action.
While the theme is familiar, this event is different. Here's what you need to know about Friday's student-led movement:
"For the rest of the day," the sample agenda reads, "students won't return to class, but will make calls to their Senators' offices and flood social media with calls for reform."
© CNN "America's children are growing up in fear," said Lane Murdock, the National School Walkout founder.

Why is this happening Friday?
April 20 is the anniversary of the 1999 Columbine High School massacre in Colorado, where 12 students and a teacher were killed.
That mass shooting took place 19 years ago, before today's high schoolers were even born.
But many students -- including current Columbine students -- say their lives have been shaped by sporadic school massacres, and not enough has been done to help prevent them.
What exactly will happen Friday?
At 10 a.m. in each time zone, students will walk out and observe a moment of silence for shooting victims.

What happens after that will be up to each school's walkout leaders.
One sample agenda suggests marching to a local lawmaker's office; allowing open-mic time for students to share concerns; and helping register those who are eligible to vote.