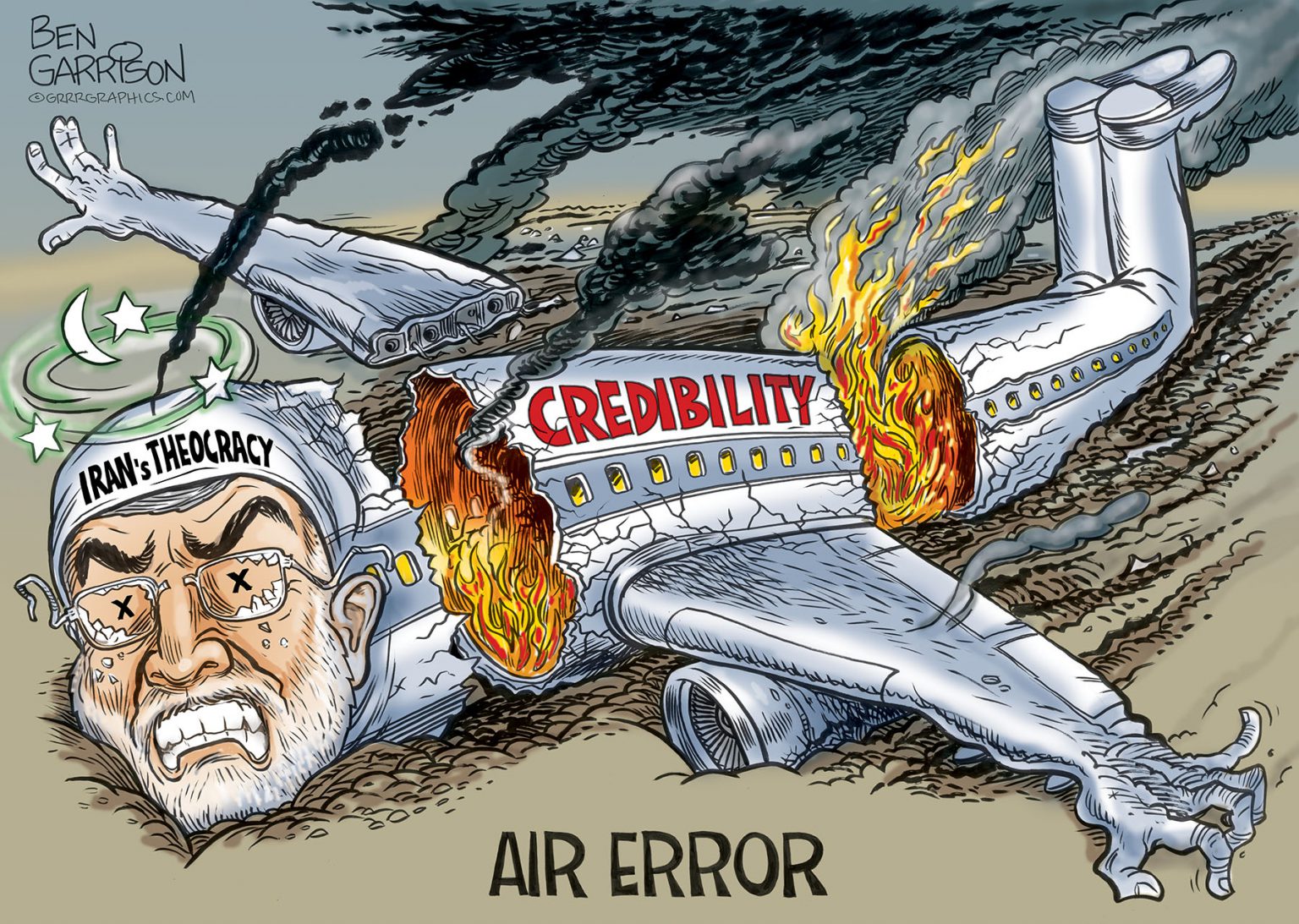 Last week Iran apologized for launching a Soviet-made missile that killed 176 people aboard Ukraine International Flight 752. President Hassan Rouhani said, “The Islamic Republic of Iran deeply regrets this disastrous mistake.”
That’s not what the Iranian leaders said at first. They claimed it was due to a mechanical malfunction. Then they refused to give up the black box. Clearly they were trying to hide a terrible mistake, but the scientific evidence was too overwhelming for them to perpetuate such a lie for very long.

The lie outraged the people of Tehran, sparking mass protests. Living under the harsh tyranny of an authoritarian theocracy has to be maddening for a people yearning for freedom, but the Iranians themselves will have to take out the mullahs on their own. The United States should stay out of it except for offering words of encouragement such as the ones President Trump tweeted.

The backward theocratic radicals running Iran have killed thousands of their own citizens. They have lost all credibility and rule by brute force.

It’s time for Iran to become a free and peaceful nation.
Posted by Pappy at 5:19 PM