Banning the Sale of Firearms and Ammunition Because of Wuhan Virus? An Illinois Mayor Just Signed an Executive Order to Do It     Katie Pavlich @KatiePavlich Posted: Mar 13, 2020 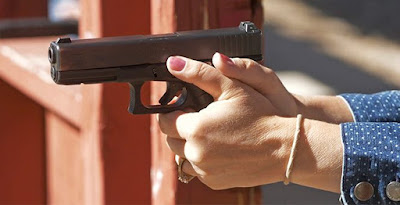 The mayor of Champaign, Illinois has declared a town emergency over the Wuhan coronavirus that includes a potential ban on the sale of firearms and ammunition.

According to a local report from WAND 17, Champaign Mayor Deborah Frank Feinen has issued an executive order that would give her office "extraordinary powers." She has issued the order despite the town and surrounding area not having a single case of the disease.

"The executive order allows the city to be flexible to properly respond to the emergency needs of our community. None of the options will necessarily will be implemented but are available in order to protect the welfare and safety of our community if needed," Jeff Hamilton the City of Champaign's Communications Manger told WAND-TV.

Here is the list of other items from the declaration/executive order, which also includes the ability to ban the sale of "food, water, fuel, clothing, and/or other commodities, materials, goods, services and resources," in addition to alcohol and gasoline. Additionally, government agents or officials have the ability to seize private property and to cut off the city water supply. The mayor justifies everything "in the interest of public safety and wolf." Bolding is mine.

Title should read--"Tyrant declares herself queen"

That's the way lots of times when females become officials...Power ….!!

Especially when their over other females