Shouldn't this be considered BUYING VOTES...??? 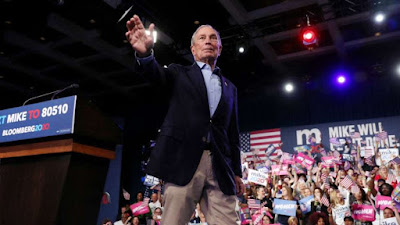 The donation was made to Collective Future, which is the nonprofit arm of the Collective, a political action committee dedicated to supporting black candidates nationwide.

The money will be put towards hiring field organizers "through partnerships with state-based and local Black-led grassroots organizations," in addition to recruiting and training black churches, civic organizations, and students of Historically Black Colleges and Universities (HBCU) interested in becoming partners and volunteers.

"Voter suppression efforts across the country have been a barely-disguised effort to keep Black Americans and other Democratic-leaning voters from the polls," Bloomberg, who dropped out of the race last week, said in a statement. "I've always believed we need to make it easier for all citizens to register and vote, not harder."