Democrat-run Chicago sees deadliest weekend since 2015. That lockdown and gun control are working great Posted by: Leah Anaya   |May 25, 2020
CategoriesFeatured, Must Reads, News 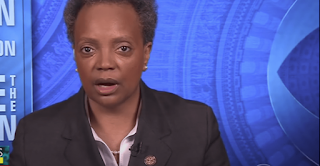 CHICAGO, IL – As this Memorial Day weekend comes to a close, we at Law Enforcement Today are reflecting not only on the men and women who lost their lives in service to our country, but also on the insane amount of violence that has taken place in a city with some of the strictest gun control laws in the nation.
By Monday morning in the Windy City, nine people had already been killed by gunfire. Additionally, from Friday afternoon to Monday evening, at least 39 people were reported to be shot.
Reports say that this was the deadliest weekend in Chicago since 2015. This is particularly disturbing because of the lockdown orders in place in addition to the major storm warning over the weekend.
READ MORE
Posted by Pappy at 8:41 PM

All those pesky Indiana gun smugglers.