No, White Supremacists and Global Warming Are Not Our Greatest Threats  Wednesday, 16 June 2021  By Larry Bell 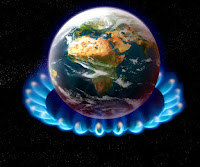 Just when you might have thought that caravans of hillbillies driving jacked up CO2-belching Ford F-150 pickups were heading to a neighborhood near you, it seems that the Biden administration is finally addressing white supremacy, America’s ''most lethal terrorist threat.''

During his April 29 address to a joint session of Congress, Biden said: ''Make no mistake — the terrorist threat has evolved beyond Afghanistan since 2001 and we will remain vigilant against threats to the United States, wherever they come from. Al Qaeda and ISIS are in Yemen, Syria, Somalia, and other places in Africa and the Middle East and beyond.''

The president then added, ''And, we won’t ignore what our own intelligence agencies have determined – the most lethal terrorist threat to the homeland today is from white supremacist terrorism.''

Some of us must have had our TVs tuned to different channels last summer and missed the part where unshaven, long-bearded white guys joined the mobs who were burning and pillaging cities, looting stores, and tearing down historic monuments across the country.

Shame on silly us who foolishly speculated that Iran’s progress in developing nuclear weapons and delivery missiles and funding of Middle East proxy terrorist mayhem against Israel might rank right up there with white supremacy as a national security threat.

And wait a minute ... what about global warming being the greatest threat? At least that was what U.S. Commander in Chief Biden told military servicemembers in June.

"When I went over to the tank in the Pentagon when I was first was elected vice president with President Obama, the military sat us down and let us know what the greatest threats facing America were, the greatest physical threats," he said.

"This is not a joke. You know what the joint chiefs told us the greatest physical threat facing America was? Global warming.''

National security leader Biden then explained, "There will be significant population movements, fights over land, millions of people leaving places because they’re literally sinking below the sea in Indonesia, because of the fights over what is arable land anymore."

Are we then to assume that white supremacists caused this also?