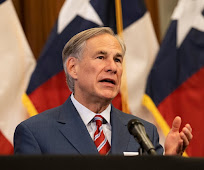 Texas Gov. Greg Abbott announced Wednesday the state is putting $1 billion in its budget to strengthen border security because the federal government, under President Joe Biden’s administration, has failed to do so.

''Building the wall in Texas has officially begun,'' Abbott, a Republican, said at a press conference Wednesday as he signed a letter to hire a project manager.

Abbott also signed a letter giving $250 million as a ''down payment'' for the construction.

''It’s a quarter of a billion dollars. It's more than enough to hire the project manager and the contractors and begin building the wall,'' he said.

Abbott said Texas residents are suffering from the increase in crossings made worse by the current administration.

''The problems people are suffering on the border continue to get worse'' for the state and the region, he said.

In April 2020, during the administration of President Donald Trump, Border Patrol agents apprehended around 17,000 immigrants in the country illegally, compared with 170,000 in April of this year, a 900% increase, Abbott said.

The surge in illegal crossings this year has caused ''carnage,'' with migrants tearing down the fences of ranchers and homes along the border ''being invaded.''

''[Border] neighborhoods are [becoming] dangerous and people are being threatened on a daily basis with guns,'' Abbott said. ''Cartels, human and drug smugglers, human trafficking, are all profiting from our open border crisis.''

The Biden administration's halt on border wall construction approved during Trump’s term is a big part of the problem.

''The border was far more under control under the Trump administration, until Biden came in,'' he said. ''There was a commitment under the former administration to enforce the laws passed by the United States Congress.''

Abbott also said he is preparing to declare several border counties disaster zones, at their request, due to the crisis at the border.

In addition, several states including Georgia and Florida are sending National Guard troops to assist in border patrols.

Former Florida governor and now Sen. Rick Scott told Newsmax on Wednesday that he supports Gov. Ron DeSantis' sending the Guard to Texas because it will help curb the problem of fentanyl in that state.

''I've talked to sheriffs around state. I talked to two sheriffs today in Florida. What they are saying is, there is a significant amount of fentanyl that is coming across the border and getting into.'' Florida. Right now. We're losing people,'' Scott said. ''I can't imagine what Biden is doing here. He sits there. American citizens are losing their lives because of his actions on the southern border