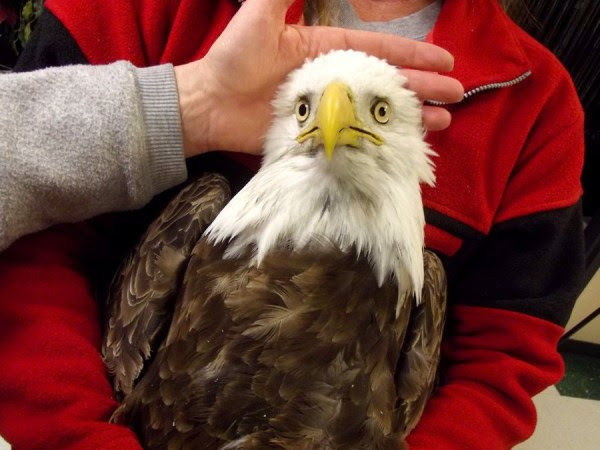 AP
The Wildlife Rehabilitation Center of Northern Utah has been caring for sick bald eagles since the beginning of the month, each of them succumbing to a mystery illness.
By Erik Ortiz, Staff Writer, NBC News
Something is killing bald eagles in Utah, and wildlife officials are scrambling to diagnose the mysterious illness before it spreads.
At least 16 bald eagles in Utah have died since the beginning of the month, with another rescued bird likely facing the same puzzling fate, wildlife officials said Tuesday.
About half of the bald eagles identified since Dec. 1 were discovered dead, while the other half died or were euthanized at rehabilitation centers.
A lab in Madison, Wis., is conducting blood work and toxicology screenings, the results of which may not be available for a couple of weeks, said DaLyn Erickson-Marthaler, executive director of the Wildlife Rehabilitation Center of Northern Utah.