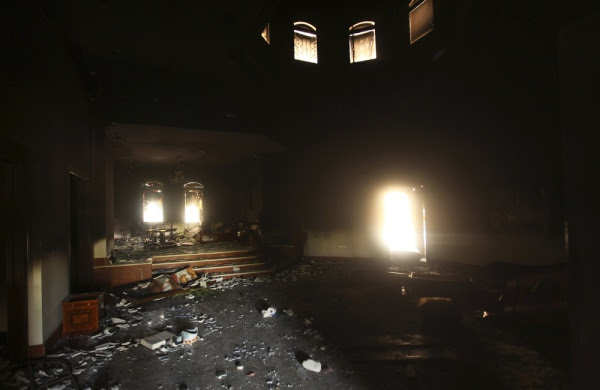 An interior view of the U.S. consulate, which was attacked and set on fire in Benghazi, Libya, Sept. 12, 2012.

By Kristen Welker and Becky Bratu, NBC News
A senior Obama administration official said the White House does not dispute a New York Times article published Saturday about the 2012 attack on the U.S. Consulate in Benghazi, Libya, which found no evidence al Qaeda was involved.
According to the in-depth report, the Times found no proof that al Qaeda or any international terrorist groups played any role in the assault, which killed four Americans, including Ambassador Christopher Stevens.
The six-part report goes on to say that an American-made video mocking Islam largely triggered the attack, which was not well-planned.