Please excuse spelling error, everything in orange, should read "SHARPLESS" 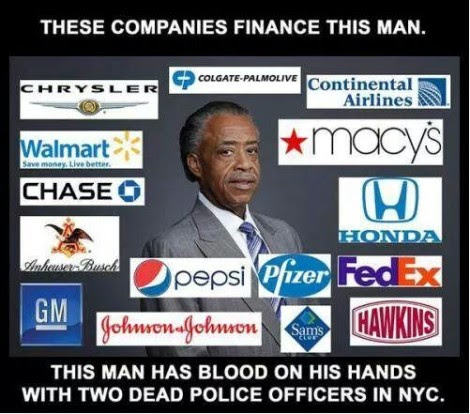 And while they may not be emblazoned on the side of his car, they’re key to keeping his traveling circus of racial hatred going.
And the “donations” often seem a bit more like protection money.
Take, for instance, the case of General Motors. According to a GM employee, NAN had approached the automaker for contributions on numerous occasions starting in 2000.
In 2006, Sharpton threatened a boycott of GM over the closure of a dealership in Harlem that was African-American owned.
GM’s been giving to NAN for the last two years, during which time it’s been in the good graces of the Rev.
Sharpton was more explicit in a letter to American Honda.
“We support those that support us,” wrote Sharpton and the Rev. Horace Sheffield III in a letter to the corporation.
“We cannot be silent while African-Americans spend hard-earned dollars with a company that does not hire, promote or do business with us in a statistically significant manner.”
Nice car company you have there, Mr. Honda. It would be a shame if anything were to … happen to it.
American Honda met with Sharpton soon afterwards, and began sponsoring NAN events with “a modest sum” every year.
“I think this is quite clearly a shakedown operation,” Peter Flaherty, president of the National Legal and Policy Center, told The New York Post.
“He’s good at harassing people and making noise. CEOs give him his way because it is a lot easier than confronting him.”
Here is a list of some of the companies that support the Rev:
Let’s boycott them and show them what we think about their support of racial division.
Posted by Pappy at 3:12 PM