Witness to Mom, Baby Stabbing: 'I See Him ... Standing Over Her, Slicing Her Up'    By Morgan Zalot and David Chang

A man accused of stabbing his wife and 1-year-old daughter inside a Philadelphia home is now in custody.

Stephen Burton, 42, was found in Maryland and taken into custody without incident, according to police.
Police say Burton stabbed his wife, 37-year-old Danecia Burton and their daughter, 1-year-old Desiree Burton.
A neighbor who came to the aid of the victims described the horrific scene she found inside the West Oak Lane house where the violence erupted. 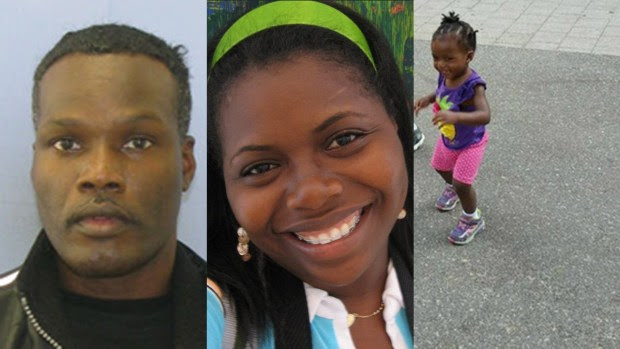 Police are searching for a man accused of stabbing his wife and 1-year-old daughter during a domestic dispute inside a Philadelphia home. NBC10's Monique Braxton speaks to a woman who says she witnessed the incident. (Published Sunday, Jul 26, 2015)
READ MORE
Posted by Pappy at 12:55 PM