Is the ocean that small that the ships keep running into one another ? OR....is it on purpose ???

The USS Benfold collided with a Japanese tug boat on Saturday in Japan’s Sagami Bay.
This is the fifth collision by the the 7th fleet this year. 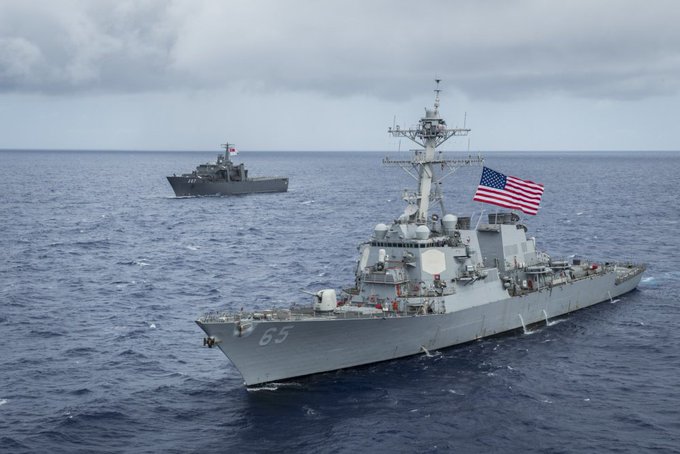 The Japanese ship reportedly lost propulsion.
ABC News reported:
A U.S. warship collided with a Japanese commercial tug boat in Japan’s Sagami Bay on Saturday, marking the fifth time this year that a ship in the U.S. Navy’s 7th Fleet in the Pacific has been involved in a crash.

The Japanese tug boat lost propulsion and drifted into the USS Benfold during a towing exercise. The U.S. guided-missile destroyer sustained minimal damage, and there were no reported injuries on either vessel, according to a press release from the U.S. Navy’s 7th Fleet.

The USS Benfold, which is awaiting a full damage assessment, remains at sea under its own power. The incident will be investigated, the 7th Fleet said.

A senate investigation in 2012 found over one million counterfeit parts used in the US military.