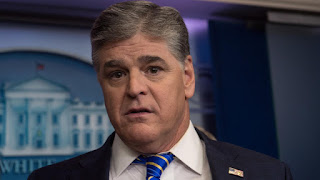 The judge allowed the report to go public after the Michigan Assistant Attorney General approved the agreed upon redactions. DePerno said that none of the redactions watered down the report.

DePerno’s forensic examination showed that 16 Dominion Voting machines were given a 68.5% error rate.

“The vote flipped based on the algorithm,” DePerno claims. “It can be done manually or through a machine. We believe it was done through a machine. It’s either a function of the program, or it’s done offsite. My guess is that it was shipped offsite, adjudicated, and then sent back to the system, or it was done internally in the program. It was one of the two,” DePerno explained.

The attorney believes “It was either a major software company, or it was a foreign entity that was behind this. There are other forces behind this,” adding, “This violates all cybersecurity protocols. It doesn’t matter who you vote for. No one can be confident that with a 68.05% error rate that your ballot was not mass adjudicated.”

“We can’t assign motive to that, but we can speculate.”

After the report went public DePerno was in discussion to appear on Fox News and Fox Business Network with Lou Dobbs and Sean Hannity.

However, the network called him back and said they would rather cover the coronavirus vaccine instead.

Fox News intentionally blocked DePerno from appearing with Hannity who in a court of law proved systemic voter fraud.

This is just another nail in the coffin for Fox News and anyone that continues stays with Network.

The Gateway Pundit
Posted by Pappy at 4:42 PM