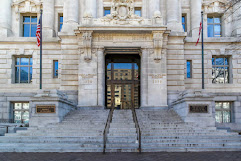 (NewsGlobal.com)- Kash Patel was the former Chief of Staff to the Secretary of Defense. In July 2021, he was interviewed by The Epoch Times about the planning for security and protests on January 6 at the US Capitol in Washington, DC.

Patel said that Mayor Muriel Bowser’s refusal to allow the National Guard to station thousands of soldiers at the Capitol on January 6 was motivated by politics.

Additionally, Chris Wray’s FBI declined to alert the Trump administration and his cabinet members that they anticipated a situation similar to the widespread protests at the Capitol.

Politics also caused Nancy Pelosi to decline the National Guard at the US Capitol.

But what were Wray, Bowser, and Pelosi aware of, and when?

We now understand that Chris Wray’s FBI was embedded in the Trump rally and fueled chaos at the US Capitol.

They were all complicit and shared blame.

The mayor said she directed her team to hang the 51-star flags to remind Congress and the nation that the 700,000 tax-paying American citizens living in Washington, D.C., demand to be recognized.

Bowser said that on Flag Day, we celebrate American ideals, American history, and American liberty. But representation is the foundation of those ideals and the basis for our freedom.

The Mayor also said that D.C.’s disenfranchisement is a stain on American democracy – a 220-year-old wrong that demands to be righted.

The notion of D.C. statehood remains a contentious issue. It has a population of 700,000 residents, no House voting members, and no Senate representation. Nor does the district control its local affairs. D.C. pays more federal taxes than 21 states, according to the 2019 IRS data book.

On March 22, 2021, as the House convened committee hearings on legislation that would grant statehood to the district, Bowser hoisted flags with 51 stars throughout the district and placed them outside the Black Lives Matter Plaza near the White House.
Posted by Pappy at 3:44 PM