Do you imagine, in your wildest imagination, Blitzer posing any of these questions to Clinton running mate Tim Kaine? 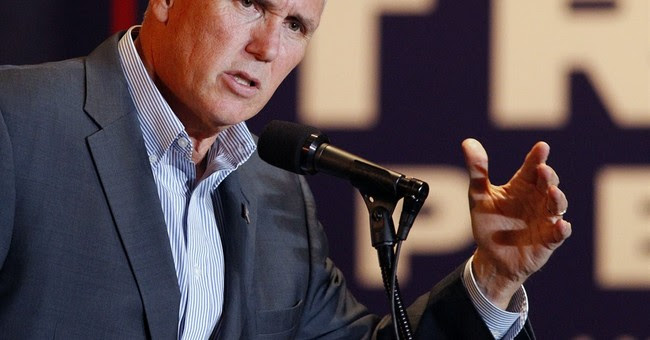 The CNN screen graphic at 6 p.m. on Sept. 12 was blunt: "PENCE REFUSED TO CALL DAVID DUKE 'DEPLORABLE.'" Donald Trump running mate Mike Pence had granted Wolf Blitzer a 30-minute interview, and what he received in return was a reckless leftist smear.

Let's be clear about this interview. Blitzer offered 39 hostile questions or interjections about Trump's tax returns, medical records and charities, and made offensive remarks before asking a single question about policy.
In the middle of this contentious exchange, Blitzer arrived at Hillary Clinton's recent gaffe of calling Trump backers a "basket of deplorables." Blitzer obnoxiously underlined that some Trump backers were truly deplorable: "David Duke, for example, (and) some other white nationalists, (would) fit into that category of deplorables. Right?"

Pence protested: "I'm not really sure why the media keeps dropping David Duke's name. Donald Trump has denounced David Duke repeatedly. We don't want his support, and we don't want the support of people who think like him." Blitzer pushed back: "So you call him a deplorable. You would call him deplorable." Pence replied, "I'm not in the name-calling business, Wolf."

CNN ignored that denouncement of Duke and his backers. It was spiked in favor of a cheap National Enquirer-style "Pence Won't Deplore Duke" headline.
READ ON
Posted by Pappy at 1:08 PM