Fox News Analyst Judge Andrew Napolitano raised eyebrows during an interview with 'Reason' magazine on Friday that there was 'overwhelming' evidence of impeachable behavior from President Trump. 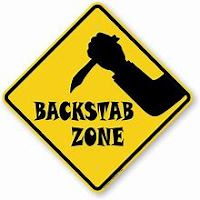 “The Democrats on the House Intelligence Committee have unearthed enough evidence, in my opinion, to justify about three or four articles of impeachment against the president,” declared Napolitano. “We have to start this conversation by underscoring the fact that impeachment is not legal, it is political. Its only Constitutional base is treason, bribery, or other hard crimes and misdemeanors.”

“Here’s what I think the Democrats will want, Nick. Here’s what I think they will advance,” he continued. “One is bribery. The allegation is the technical definition of bribery is the failure to perform an official duty until a thing of value comes your way, and they will argue that the president’s failure to disperse funds that the Congress ordered be dispersed until the recipient of the funds agreed to investigate a potential political opponent is an act of bribery. That is enough, in my opinion, to make it over the threshold of impeachable offenses. I don’t think it’s enough to convict of bribery, but it’s enough to allege it for the purpose of impeachment.”

...Later on in the interview, Napolitano also proclaimed, “The evidence of his impeachable behavior at this point, in my view, is overwhelming.”

It appears that Napolitano has hit a new low, even compared to his own abysmal track record of constantly attacking the President with baseless accusations.