I knew the name was the same but I wasn't aware that HE owned the "BLOOMSBERG NEWS.... 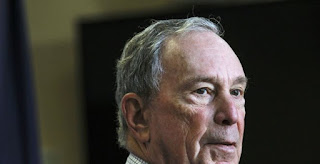 Billionaire "news" media mogul Michael Bloomberg is running for president. How will his Bloomberg News empire cover this?

Bloomberg News posted an article touting how much trouble President Donald Trump is in. It lustily listed all his scandals: "Lawmakers and prosecutors are looking at whether he abused the powers of the presidency, obstructed an investigation of Russian meddling in the 2016 campaign, engaged in fraudulent business practices, violated the emoluments clauses of the Constitution and defamed women by saying they lied about alleged sexual assaults."

That's how they cover Trump. How will they cover Bloomberg? Get ready.