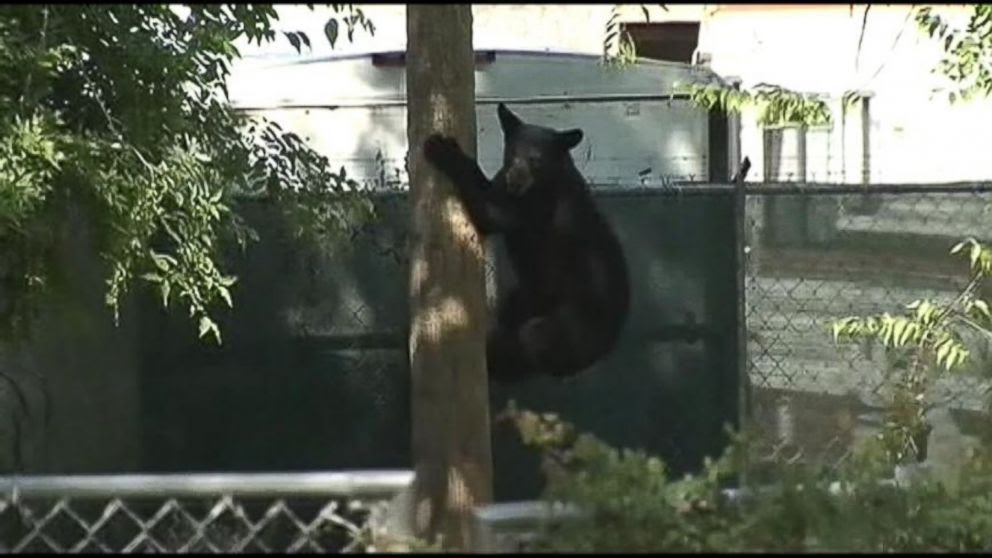 Wildlife officials in Central Florida are keeping their eyes out for a black bear cub that was spotted wandering near a neighborhood day care.
The bear, seen in Holly Hill on Friday, scaled fences and climbed telephone poles as employees at the day care brought the children inside.
"I was watching," Miri Bholai told ABC affiliate WFTV in Orlando. "I hope they protect the day care over there."
Black Bear Climbs into Hammock
How Woman Escaped from Black Bear
How to Survive a Bear Attack
The day care employees called the Florida Fish and Wildlife Conservation Commission, which deemed the bear wasn't a threat.
"He was pretty much just chilling out in the tree when I saw him," Bholai said. "He was just hanging out in the tree just sitting there."
The bear eventually made his way back into the woods.
In Daytona Beach, Fla., last week, a man snapped photos of a black bear lying in a hammock in someone's back yard.
Posted by Pappy at 8:16 PM