Why is there a designer for a news article ? Shouldn't the reporter be "reporting" what actually happened ? And we are supposed to believe everything the newspapers print ?

On Saturday, a car plowed through a crowded intersection during Oklahoma State University's homecoming parade. Four people were killed and dozens were injured, and the driver of the car, Adacia Chambers, is being charged with four counts second-degree murder.
But according to one newspaper, the Traverse City Record-Eagle, this incident was... a shooting.
For the record: A car is not a gun.
Here's their correction excuse: 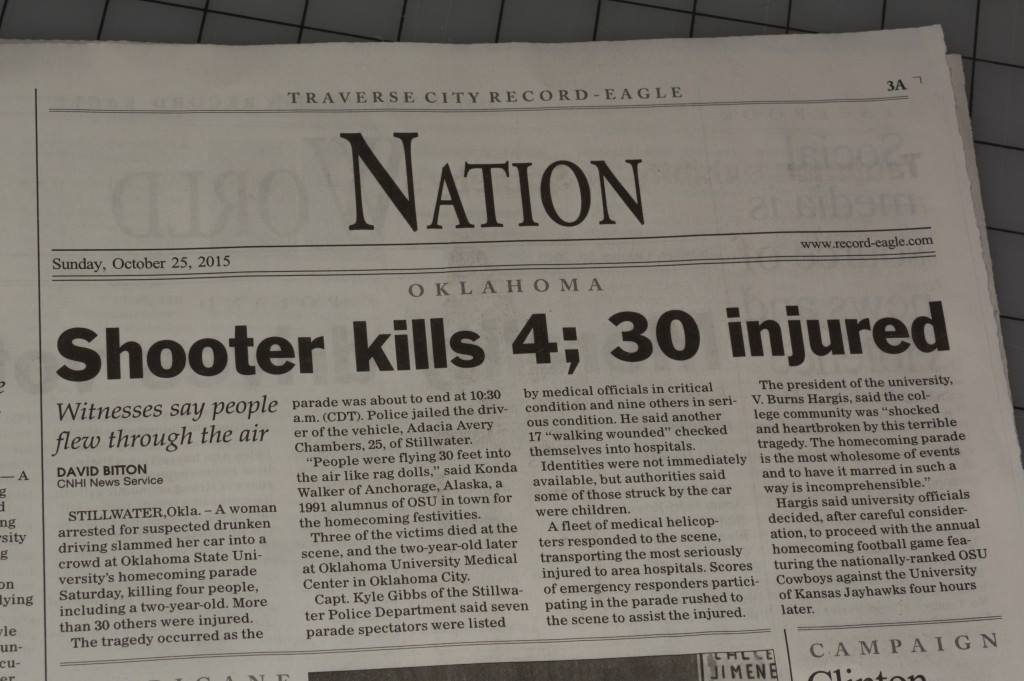 Because of a page designer's error, a misleading headline appeared on page 3A in Sunday's Record-Eagle accompanying a story about a driver who struck and killed four people at the Oklahoma State University homecoming parade on Saturday.
As Matt Vespa wrote earlier today, gun deaths are actually dropping, despite what people may think. It's mind-blowing that a paper, which presumably has editors, could miss something like this.
Posted by Pappy at 4:28 PM