By Annie Garau on September 28, 2017
The United States hasn't seen a school massacre of this scale since — which makes it all the more surprising that most of us know nothing about it. 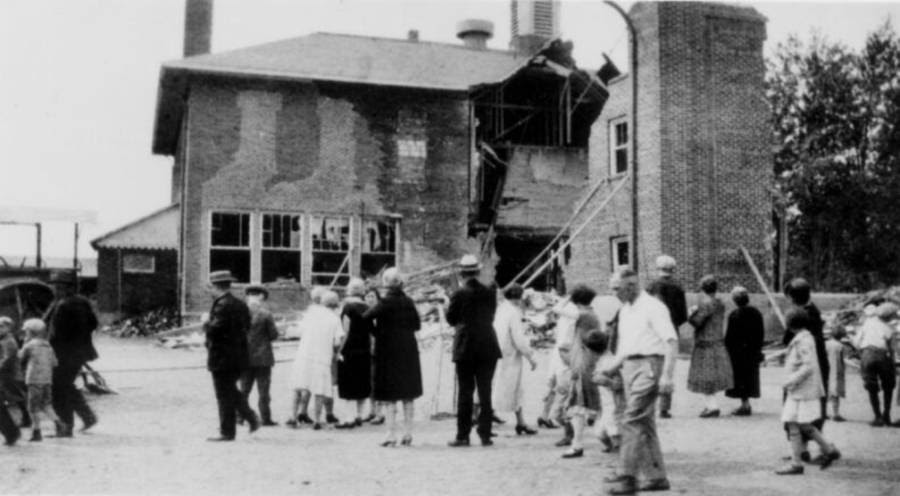 Wikimedia CommonsThe aftermath of the Bath School disaster.
When a terror attack hits the headlines, you can usually expect it to remain there for weeks. Media outlets revisit the biggest of them — 9/11, Sandy Hook, Pulse Nightclub — frequently, even as months, years, and decades go by.
It’s surprising, then, that the largest school massacre in American history is one that most of us have never heard of. It’s called the Bath School disaster and it took place on May 18, 1927 in Bath, Michigan.
Seven adults and 38 children died on that day, because a man named Andrew Kehoe was upset about his taxes.

With no more than 300 residents, Bath was a tiny Michigan town in which everyone was familiar with the business of everyone else. It was common knowledge, therefore, that Andrew Kehoe was a bit odd.
“He never attracted much attention around the neighborhood,” Monty J. Ellsworth wrote in his 1927 book. “There was something about him that no matter how good a friend you thought you were of him, there always seemed to be a distant feeling.”
In addition to tales of Kehoe’s social awkwardness, stories circulated about the 55-year-old’s violent nature. Some said Kehoe had murdered his stepmother by tampering with her stove, one woman claimed he shot her dog, and neighbors noted the cruelty with which he treated his farm animals — once beating a horse to death.
He was known to regularly blow up stumps and rocks, .
and he kept his barn and tools obsessively tidy — cleaner, it was said, than many people’s homes.But even with the man’s strange character, none of Bath’s residents could have predicted what would take place on May 18th.
This is understandable, considering nothing like it had happened before or has happened since