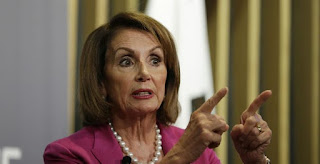 Now that it’s over, can we all agree that 2019 was a mess? The best part about it was that not much got done in Washington. The economy grew not in spite of that fact, but because of it. The economy thrives on stability, and Democrats controlling the House brought a degree of that – none of their crazy ideas were going anywhere, thankfully, so the economy is safe…for now.

The economic boom and historically low unemployment allowed everyone to focus on other things, and to go crazy over them.

We will remember 2019 as the year liberals started their crusade to wipe out gender. The party of science decided all of human history and common sense were wrong; evil, actually. An “innie” can be an “outie” simply by declaration.

Crazy in individuals is one thing – who cares how anyone else wants to live their life? But the left is never content to leave people alone to live their lives, they demand obedience. As such, they do not accept the tolerance of delusions, they insist everyone else embrace those delusions as well. John wanting to be called Janet is one thing, ruining someone’s life because they think Janet is using the urinal next to them isn’t normal is another. Yet that’s where we are, that’s what the Democratic Party embraced in 2019.
It’s barely worth covering because nothing was covered more in 2019, but it was the year of investigations. There may be no living man who’s been more thoroughly investigated than Donald Trump. Short of murder, there isn’t much that the president wasn’t accused of by someone, and no one who’d so much as had their picture taken with him who Democrats didn’t subpoena. The fact that they found nothing, no illegality, hasn’t deterred them.