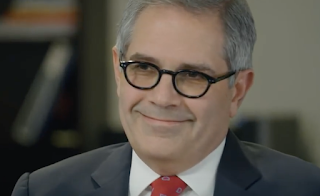 PHILADELPHIA, PA — At 4:04 a.m. on Aug. 30, 2017, a patrol officer responded to a call for an auto accident at the corner of Front and Dudley Streets in South Philly. The officer found a tipsy driver behind the wheel of a 2008 silver Nissan that had just crashed into two parked vehicles, but the Nissan was still running, and in drive.

As the cop approached the vehicle, she smelled burnt marijuana. She also observed the driver, Anthony M. Chong, 23, of Galloway Township, N.J. stuffing numerous plastic bags filled with white, bar-shaped pills into a back pack. When the cop asked Chong to get out of the car, he responded, “Hold on, I’m eating my chips.”

Chong, who refused to take a breathalyzer test, according to police, had slurred speech and was unsteady on his feet. He told the officer he was a pharmacy student at Temple University who was currently working for CVS, both in Philadelphia and New Jersey. Apparently, Chong was taking his work home with him

When police conducted a search of the car, they recovered a total of 1,494 Xanax pills, 2 mg. each, with a street value of $29,880. When the officer asked if Chong had stolen the drugs from his employer, according to a police report, he responded with a blank stare and a smirk, and then a slurred, “No.”

Police arrested Chong under suspicion of a possible DUI and subsequently filed a trio of drug charges against him.

It looked like a slam-dunk case. But since this is Philadelphia, under Progressive Larry Krasner, that’s not how it worked out.